Lil Yachty has released his much-anticipated debut studio album Teenage Emotions, a project which seems likely to establish his status as a legitimate force in mainstream hip-hop. Yachty is a controversial figure, especially within rap, where his amateurish lyrics and dinky delivery style put him at odds with the more ‘traditional’ rappers. However, the album fails to deliver on this promise of blazing a new path within the genre.


Lil Yachty is used as the poster boy for what is wrong with the genre today, moreso than other mumble rappers like Young Thug. Some question whether he can even be considered a true rapper; the Consequence of Sound review of the album opens:

“Before you listen to Lil Yachty, throw out any preconceived notions about what being a “rapper” means or how a rap album should sound.”

Which says a lot about the sound that Lil Yachty has dubbed ‘bubblegum trap’, a succinct description of his pop melodies, delivered over trap production.

Let’s quickly trace the meteoric rise of Miles [like kilometres] Parks McCollum. He first came to people’s attention when his track ‘One Night’ went viral in 2015. Unlike what we’ve seen with Grime artists who gain exposure through the internet, McCollum signed with a major label.

Two mixtapes followed in 2016 that successfully built up hype for Yachty and showcased his unusual style. The outrage over his basic raps led to criticism, but helped solidify a young, passionate fanbase, which has translated into massive sales. Yachty’s feature on ‘Broccoli’ by D.R.A.M., facilitated the song going five times Platinum in the United States.

Lil Yachty provoked a depressing controversy in the build-up to Teenage Emotions, by revealing an album cover featuring two men kissing in the background. The artwork is intended to portray the rapper as the king of the social outcasts.

This exposed the sad prevalence of homophobia in the hip-hop community with figures such as Joe Budden, Cassidy and Lord Jamar criticising it. Lord Jamar was part of Brand Nubian in the early 1990s, a hip-hop group well-respected for their progressive themes of racial equality. It is especially sad that Jamar has reinvented himself as a professional homophobe, constantly bemoaning the so-called ‘gay agenda’ that is corrupting the youth. 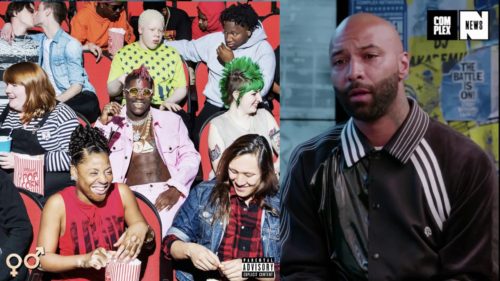 Teenage Emotions is loosely broken up into Lil Yachty songs and Lil Boat songs, this split-personality gimmick is frequently employed on the rapper’s projects. The Lil Yachty songs are more sensitive, pop-style songs, like “Made of Glass” a Coldplay-influenced ballad about unrequited love.

Am I made up of glass? You don’t even see me here<br> I do a million things for your attention and you don’t even notice, no
― Lil Yachty – Made of Glass

Meanwhile, the Lil Boat songs are ignorant trap rap, where we hear all sorts of wild shit. Primarily about Boat’s exotic sex life. These raps mostly describe sexcapades or the amount of money he’s making, with a surprising amount of references to sex with family members.

‘Cause she get wet and she suck me like a insect<br> She my step sister, so I guess that’s incest<br> I could not stop lookin’ at those big breasts
― Lil Yachty – Priorities

Showcasing the two sides of Yachty’s persona makes for a disjointed effort that attempts to create depth but fails. On the second track “DN Freestyle”, he orders a woman to clean piss off the bathroom floor. While the last song, “Momma” is a heartfelt expression of love for his mum. It’s hard to take this project seriously due to the drastic shifts  between the tracks.

The only teenage emotion that is consistently expressed is sex and money, which grates over the 69-minute running time. There is a lot of filler on this project, a true case of quantity over quality.

“Priority” best shows that Lil Yachty has run out of things to say by the 18th track, there are two very short verses while the main song is the grating hook repeated continually. Its theme of teen rebellion is reminiscent of “Break the Rules” by Charli XCX. 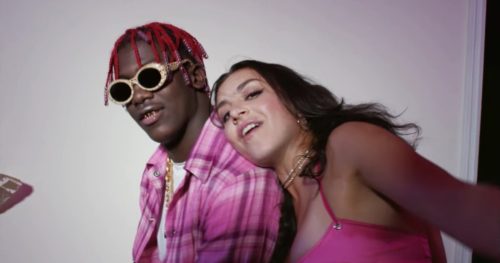 There are bright moments on the record, particularly the lead single “Peek a Boo” featuring Migos. They carry the track, Yachty repeats ‘peek-a-boo’ so much that it stops sounding like a proper phrase. This is hardcore trap with fast-paced raps from the four MCs.

“Bring it Back” is the second single, a Yachty track that is pure 1980s synthop, with an accompanying video that is as garish as the fashion from the decade. This is a tender moment about a failed teen romance, but is a legitimately terrible track. The vocals are slathered in Auto-Tune which doesn’t help it stay in the correct pitch and the lyrics offer nothing. I thought it was a joke when I first heard and saw the video.

Overall, Teenage Emotions has some good moments but is let down by its excessive length; Lil Yachty struggles to find enough to talk about over its duration. I mean, his debut mixtape Lil Boat was 46 minutes long and ran out of creative steam about 20 minutes in, so this isn’t new for him.

While the bright spots make this worth a listen there isn’t enough to keep the listener coming back for repeat visits aside from a few tracks. It’s boring hearing Lil Yachty failing to invent new ways to describe his sex life and he fails to make it a consistently engaging listen.

6 James Worthy goggles out of 10 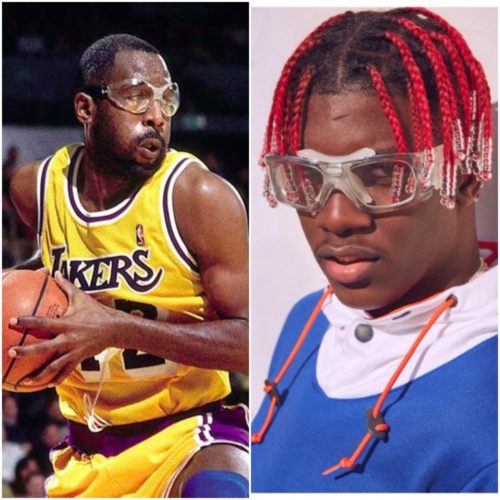