Music for the Internet Generation

Charlotte Aitchison, better known as Charli XCX is 22 years old and has been in the music industry since 2008, already her career is longer and more interesting than some other artists. She has already achieved significant success in the Singles Chart as a featured artist and is due to release her third studio album, Sucker in mid-January.


The wonders of the internet have allowed me access to the version our American cousins are currently enjoying and provide you with a glimpse into the near-distant future of British music. Sucker has entered the US Billboard 200 at a respectable #28 and garnered 28,000 first week sales, no mean feat for someone with little recognisable solo material. I predict less success in the Britain because Charli appears uninterested in spending time in UK and people seem oblivious to the fact she’s British.

This is an album which sounds exactly like what you would expect a 14 year-old girl to record if they were let loose in a recording studio. It was vaguely unsettling for me, a 24 year old adult male, to listen to the inner thoughts of child; but I did it, in the interests of journalism and all that shit.

14 is full of the melancholy and melodrama of Charli’s personal life; I now know that she didn’t like a girl called Lucy because she used to slag Charli off to anyone who would listen. The track, “Yet Again”, is about a girl Charli hated and features scathing lyrics like ‘She tries to straighten her naturally curly hair / But it don’t work, oh no, it don’t / It just looks like a pile of shite on top of her head’.

We also have “Live Life”, where XCX sort of raps about, ‘hanging out with the wrong group of lads / Who smoke dodgy slips and pick fights with the chavs’. I don’t know what sort of world Charli XCX was living in when she was 14, but it was far different to one I inhabited. I remember being of a similar age, when a girl at school told me that she once drank an entire glass of wine and smoked a cigarette, and in that instant became the single edgiest person I had ever met.

14 shows potential and proved important to the young singer’s career; it attracted the attention of local music heavyweight, Chaz. He ran the local illegal raves and introduced XCX to the scene, where she spent the rest of her teenage years performing and taking drugs.

During the ‘research’ phase of this review, I stumbled upon a torrent with almost 1 gigabyte of music from Charli XCX, the majority of which likely came from her drugged up teenage years. The thought of listening to anything but the bare minimum of Charli’s early work makes me feel nauseated. I am horrified by the thought of some loser out there compiling the discography of a fucked up teenager.

It is reassuring to note that this album is a marked improvement from 14, instead of self-centred songs about Charli and her friends, the album tackles mature themes like heartbreak and…. heartbreak.

True Romance is primarily indie pop with an electro and synthpop influence; it puts its strongest foot forward with the opening track “Nuclear Seasons”. A song which draws heavily from 1980s synth-pop, there are big kick drums and a few tinkling notes from a synthesiser. Charli sings about ‘the night with your twisted tongue / when you drop the bomb I’m blown away’, the not-so-subtle metaphor compares the end of a relationship to nuclear fallout.

Aside from the opener True Romance is spotty and boasts few highlights. Again, Charli’s potential is clear and teases where her career could go, but it remains a mediocre project. 6 out of 10. 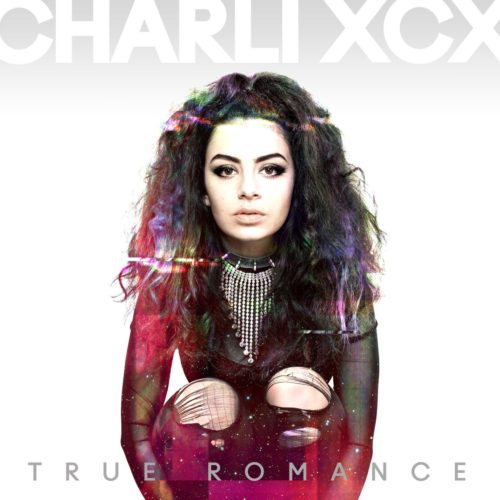 Sucker is XCX’s first coherent body of work and was written after Icona Pop’s “I Love It”, brought her into the popular consciousness. The song sounded like nothing Charli had previously written, it was catchy and full of rebellion, as opposed to morose emotions.

She secured her foothold in popular music by writing and performing the hook on Iggy Azalea’s “Fancy” in early 2014. Charli is largely responsible for the song’s commercial success as she again showed her flair for writing pop hooks. It becomes clear during Sucker that Charli writes her choruses with an aim to fit as many words and syllables into each bar.

The complicated nature of these hooks makes them enjoyable to recite and her delivery only adds to their stickiness. She has created a persona of rebellion and attitude for herself, which means Charli can rely less on her singing ability and more on snarling her lyrics. Her delivery is reminiscent of Ke$ha but with less rapping; XCX has learned the limitations of her voice and generally strays away from singing on Sucker.

Sucker opens in abrasive fashion with the song “Sucker”, the very first lyrics on the album are Charli XCX shouting, ‘said you wanna bang? / Fuck You! / Sucker!’ Let that set the tone for the album. The album is brash, loud and feels over the top in its desire to be edgy and offensive.

“Sucker” is the first of many songs which feel like a rallying call for teenage girls to embrace their inner rebel and break the rules. This message is hammered home on the second track…“Break the Rules”, with a chorus that repeats ‘I don’t wanna go to school / I just wanna break the rules’.

Sucker is aimed directly at this demographic of teenage girls, who Charli is presumably enticing to join her rebel army of smokers and drug takers. Taylor Swift’s 1989 is also directed towards this demographic, but proves less accessible for a male general audience. 1989 is a safe and clean record, which seems to purposely stray away from being different, whereas Sucker addresses similar subjects in an interesting manner.

Further, those like myself who enjoy songs about how many drugs Charli can take, will be disappointed. Sucker plays it safe and avoids addressing such topics, lest it offends the broad audience it aims to serve. It is a sensible approach for a major label debut. Stick to the family-friendly rebellion. ‘Don’t go to school! Don’t follow the rules! Buy my next album!’

The album is unashamedly pop. Whereas Charli’s previous material was largely electro-influenced with pop style choruses, Sucker enlists mainstream producers such as Stargate and Benny Blanco. There are songwriting credits from Rivers Cuomo and Vampire Weekend’s very own Rostam Batmanglij, which help explain the noticeable improvement in songwriting and production from True Romance.

Sucker features a strong retro influence, very much in the mould of 1989 and Unorthodox Jukebox. “Hanging Around” borrows elements from the overproduced pop rock of the 1980s, with its pounding drum beat and overdrive-heavy guitar riff; there are even handclaps. And it wouldn’t be 1980s rock without nonsensical lyrics, ‘drums bass / turn ‘em up loud / 3, 4 / spinnin’ around / sky high head in the clouds / never gonna come down’. It’s pretty fucking catchy and could easily be a force in the singles chart.

“Need Ur Luv”, closes the album and is inspired by the most popular of female soul from the 1960s, the instrumental is reminiscent of “Baby Love”, but with heavier drums. This is the only song where Charli sings, her voice is altered into a higher pitch which gives it a haunting quality, it also improves her singing.

“Boom Clap” is the track which sounds closest to Charli’s traditional style and was recorded during the sessions for True Romance. Hilary Duff turned down an opportunity to re-record it and revive her career; instead Charli released it herself and it has become her most successful solo single to date, peaking at #6 in the UK Singles Chart.

As with Charli’s most successful songs, “Boom Clap” relies on electro-pop production, big drums and a catchy chorus. The song contains two verses and bridge which don’t sound like they required much effort to write and take up little of the song. Sucker is full of songs like this, great instrumental, catchy chorus, lazy verses and incomplete concepts, from a technical standpoint many of these tracks are poor. However, XCX’s delivery and the overall vibe of the track makes them enjoyable and sometimes great.

Sucker’s experimentation with the various incarnations of popular music comes off far better than Taylor Swift and Bruno Mars’s attempts. Those projects were mostly unfocused and spotty, they felt like attempts to create deep music, backed by retro production. Sucker makes no attempts at the depth which was present on those other projects, which is beneficial.

Charli XCX has created the best pop album of 2014 by keeping her focus broad, playing it safe and focusing on making her songs catchy. She is head and shoulders above the rest in the in the competitive genre-bending-experimental-pop category and her album deserves 7 out of 10, which probably makes it the best album I have reviewed in 2014. A scary thought. 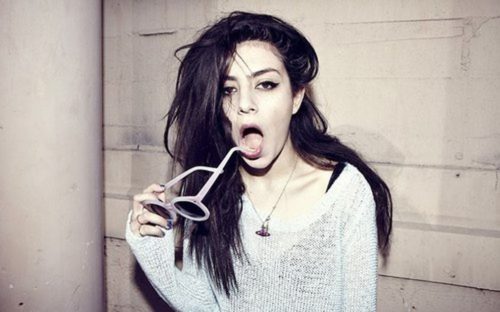