We love buddy cop movies here at Culture Hash. What’s better than seeing worlds collide, when the mild-mannered ‘by the books’ cop is paired with a rogueish maverick? The film series that is responsible for defining this sub-genre is Lethal Weapon, where Danny Glover’s restrained Roger Murtaugh is paired with Mel Gibson’s reckless Martin Riggs.

The wild success of their 1987 debut spawned 3 sequels of declining quality, plus an even worse TV show which came out 18 years after Lethal Weapon 4. We’re looking at the TV series and asking whether it’s any good. How do the rebooted version of Riggs and Murtaugh compare to the original? How fun is the action? For answers to these questions and more, join us for the first instalment of the creatively-titled TV Series v Film. 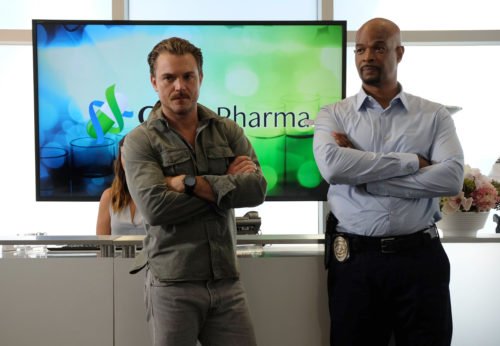 In 2016, Fox rebooted Lethal Weapon for the small screen with new actors taking on the roles; Clayne Crawford as Riggs and Damon Wayans as Murtaugh. This is but one of the many buddy cop action movies that have been needlessly adapted for television audiences.

Surprisingly Lethal Weapon has been rewarded with a second season, making it the most successful of these shows – which is like saying Duncan James had the best solo career out of Blue because he’s now appearing on Hollyoaks.

In this golden age of television which has created such defining works as Breaking Bad and Game of Thrones, we now have a trend of TV spinoffs cashing in on successful films. This lack of originality is obvious upon first viewing of the Lethal Weapon series; each episode typically involves: the detectives chasing suspects, finding clues and catching the bad guy. You’ve seen this exact programme before done much better.

The name promises an hour of exhilarating action, but delivers a lukewarm police procedural show, occasionally broken up by action sequences. This is a standard case-a-week cop show, with Lethal Weapon slapped on the title screen.

Shane Black’s screenplay for the original Lethal Weapon film codified the buddy cop experience with tropes that would become trademarks. Of course, there were films before this that juxtaposed mismatched partners on action adventures; but Black’s script defined the formula.

This sub-genre really began with 48 Hours starring Eddie Murphy and Nick Nolte, where Murphy is released from prison for 2 days to help Nolte’s bitter policeman catch a murderer. While the film teamed up a convict and cop, several buddy cop hallmarks were established; the black/white racial dynamic, the gruff face-paced shit talking and the hard-won respect. It was these elements that Shane Black distilled to create a fine wine.

The first Lethal Weapon film was the best, directed by Richard Donner who headed all four films; Black was only involved in the first two. He was booted off the franchise after his original script for the second film took Riggs’ character to the logical conclusion and killed him off. Of course, losing a main character would have ended the franchise. Therefore, the second film was rewritten and the studio could continue to profit off the Murtaugh and Riggs cash cows.

Lethal Weapon revolves around the growing relationship between the main characters, who are partnered in the first film. Riggs is suicidal due to the recent death of his wife; this is used to explain the character’s recklessness. It gives a semi-plausible justification for his behaviour such as chasing after speeding cars on foot. Later films exaggerate the character to make him “Hollywood crazy”, in which a character is just a loose cannon for the sake of being crazy.

Riggs lives alone in a caravan and is portrayed as an alcoholic who chain smokes cigarettes. The TV portrayal imagines him as a fun party drunk, who doesn’t smoke because people aren’t allowed to smoke on television anymore.

Meanwhile, Danny Glover’s Murtaugh is a family man, which explains his more cautious approach to police work. His family are important side characters and as the relationship with Riggs develops they welcome him into their household.

In the first film Murtaugh, is measured and restrained without being the wet blanked sidekick we see during the later films. Of course, this approach is responsible for Murtaugh’s famous, not-suitable-for-TV-catchphrase:

Thankfully, TV Lethal Weapon choose to reboot the original versions of the characters and we get to watch them meet in the early pilot episode. Anyone who saw who the terrible Dumb and Dumberer: When Harry Met Lloyd knows how frustrating it is to watch a prequel with the purpose of the main characters meeting.

The TV versions of the characters lack the intensity and chemistry of the main versions. Riggs is actively unlikeable; I mainly hate-watch episodes hoping that one of the thousands of bullets flying around will kill him. I don’t give a fuck about him and he lacks the tortured aspect of the original version.

The only way we know he’s depressed is due to the frequent scenes of Riggs’ drinking whisky alone in his trailer. Once the action starts this sadness is quickly forgotten and he’s is cracking wise and walking away from explosions without looking at them.

I think what we’re alluding to is that Mel Gibson is a better actor than people give him credit for. Which is weird to see written down.

Lethal Weapon 1 and 2 were the pinnacle of the quadrilogy and they wrapped things up nicely. Riggs’ wife’s murder was resolved and everyone was happy. While they aren’t the deepest of films the characters were likable and believable with plenty of motivation for their actions.

Lethal Weapon 3 and 4 are the worst of the bunch, taking things in a comedic direction and making Riggs into senseless maverick. Murtaugh is a sidekick who is secondary during the action sequences and acts as the butt of many jokes. The fourth film is saved by the introduction of Chris Rock as Rianne’s husband and Jet Li as the big bad, adding some fresh interesting characters. 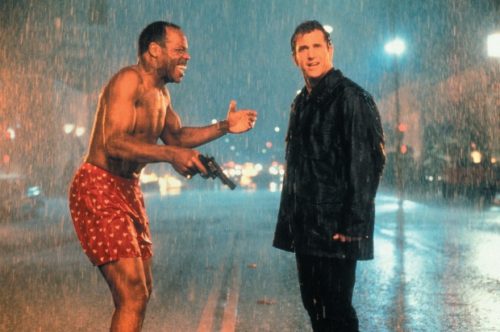 Meanwhile, Joe Pesci lingers like a bad fart in the last three films; he plays Leo Getz a purely comedic creation who exists just to annoy the other characters. It’s so prevalent he even appears on the cover of the third film. Getz is shoehorned into each film in increasingly pointless ways and was so bad that Pesci retired from acting after the final film. 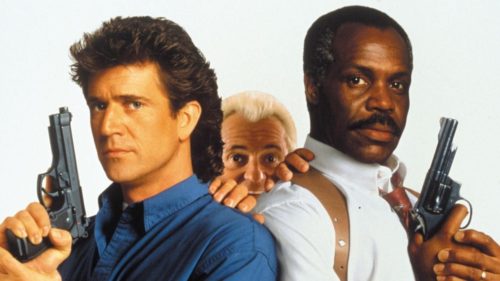 The first film debuted in 1987 and the fourth came in 1998; as with any long-running series we can see the evolution of culture during the period. Starting with Mel Gibson’s mullet and ending with Chris Rock bitching about the reception on his mobile phone. Things done changed.

You don’t need to watch but the opening two minutes of the Lethal Weapon pilot to know that you’re in for a terribly unsatisfying ride. Yes, worse than third film ever was.

We join Martin Riggs and a nameless partner as they are involved in a car chase. The action is interrupted as Riggs’ wife, Miranda calls him to tell him that she is about to give birth to their son. All she needs to do is drive herself to the hospital and they’ll meet him there. Seems easy.

Stop me if you’ve heard this one before, but Miranda never makes it to the hospital. Joy turns to grief as Riggs arrives expecting a baby but instead learns of his wife and child’s death.

This is a core to Riggs’ motivation for being a badass, but the scene is telegraphed so badly that the audience expect this death within moments. Not to mention that this all occurs within two minutes of the opening. Why should we care about these characters?

In the director’s cut of the first film we learn of Riggs’ death wish when he confronts a sniper nest with just a pistol and stands in the line of fire hoping to die. We get a similar scene in the pilot that is hoped to establish this too; Riggs breaks through a police siege of bank robbers. He casually walks in pretending to deliver pizza and subdues everyone, the whole thing is played for non-existent laughs.

Riggs asks the robbers to kill him and I think we’re meant to feel sorry for him; it adds no drama because it’s obvious he’ll grab a gun and shoot everyone.

What is good about the TV series is that the psychologist character who is largely dismissed in the quadrilogy gets to speak to Riggs and discuss his emotions. It’s not exactly The Sopranos, but these scenes add slight depth to characters.

In terms of the music the TV series opts for scoring the action sequences with contemporary songs, replacing the Eric Clapton guitars strains. Sometimes they even bring attention to what song is being played in a move that feels like something straight out of Guardians of the Galaxy.

Even at its worst moments the Lethal Weapon films are head and shoulders above the TV series. The show is generic rubbish that promises a great deal by mining into our collective memories of the beloved franchise. Instead we get a standard cop show with unlikeable characters and predictable stories.

Why should we care about these boring cases with obvious twists that are resolved in an unconvincing manner? This is awful television and is best avoided, stick to the balls to the wall action of the films instead.