I fell in love with basketball during the 2012-13 NBA season, this infatuation was cemented by the wild playoffs and the unforgettable NBA Finals. Following the sport from England required many late night hoops sessions.

When first watching a new sport it is hard to find a team to support. I initially was a fan of LeBron James, recognising the once-in-a-generation talent that carried those Miami Heat teams. But I could never connect with the Heat outside of the players, the fans didn’t have the kind of passion that you could feel through the TV.

This is a very important factor because my football team is West Ham United, who are widely regarded as having one of the best fan bases in the English Premier League. Too bad they don’t have the success to match it.

It took me a full season of watching basketball to decide on supporting the Golden State Warriors, after flitting through various teams. It was important for me to agree with the team’s philosophy, while also connecting with the passionate fan base. 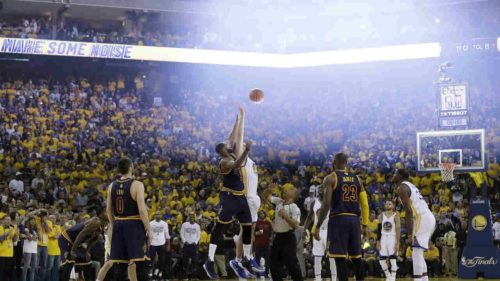 This love was confirmed during the 2014 Playoffs which saw a gut-wrenching first round defeat to the Los Angeles Clippers 3-4. I knew I had become a proper fan of the Warriors by my emotional reaction to their departure from the playoffs.

I was happy to have found a team to support, one that wouldn’t make me a basketball ‘glory hunter’. I didn’t want to be like those people who live in England and support the Los Angeles Lakers because of Kobe Bryant. This was immediately dashed as Mark Jackson was unceremoniously fired and replaced by the unproven Steve Kerr. It felt like a mistake, but as we can all agree, Kerr has revolutionised an above average team and turned them into winners. In that time, I have become seen as what I’ve always hated, a glory supporter.

Winning the 2015 NBA Final felt special, it was the first time I’ve ever seen my team win any sort of trophy. Staying awake until 5am to watch the ceremony was a great feeling that I could get used to. I could relate to the fans who had witnessed the 40-year title drought for the Warriors.

Nowadays, work commitments make it more difficult to stay awake until the very early hours watching hoops, so I have come up with an ingenious solution. Instead I wake up very early and get my basketball fix before going to work. Which is good for getting a decent sleep but also makes you more tired and emotionally drained throughout the day.

The worst day was after Game 7 of the 2016 NBA Finals after losing the series 3-4. Going in to a job I hated, while watching social media full of jokes about the Warriors. That was a dark day.

Things feel better this season and I am excited to continue the Warriors’ journey through the playoffs! Doubts are beginning to emerge for the team without Kevin Durant, but the core group of players had a record-breaking season without him. I have full faith that they can carry the team in his absence.

I’m bracing myself for an NBA Playoffs full of early mornings and soul-crushing 4am alarms, but it will all be worth it to experience the heat and passion of the NBA. I won’t be able to make it to Oracle Arena, but I’ll be there in spirit.

This post originally appeared on Golden State of Mind