Skip to content
Well readers, it’s been a very exciting day. I have just got home after a meeting with representatives from both HBO and BBC. Clearly they are readers of my blog who wish to harness the inebriated ramblings of Jack the Scrivener and make great television. I was asked to pitch an idea for a new sitcom and below is a transcript of what occurred in the BBC offices at White City


I arrived at the meeting 20 minutes late and was almost immediately bundled into the meeting room. Before me sat two middle aged gentlemen, one white, one black a vanilla and chocolate combination that one would expect to see starring in a 1980s buddy cop movie. A movie I would watch, repeatedly. 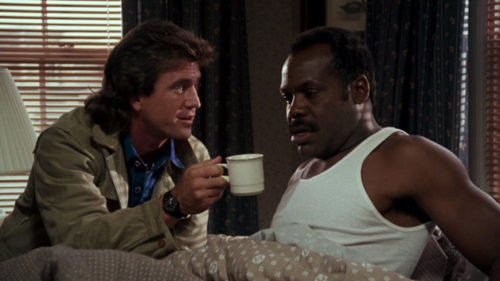 Vanilla: So good of you to join us Mr. Kavanagh
Me:I’m worth the wait baby! *extends arms in grand gesture*
*Uncomfortable silence*
Me: Tough crowd eh? *Clears throat*
Chocolate: Ooook Mr. Kavanagh, please tell us about your idea for the new joint HBO-BBC venture.
Me:Right….wellll, HBO and BBC have produced some pretty good shows in the past, Rome, Episodes are the first two that come to mind. You guys seem like you enjoy making ground-breaking television, so you are certainly going to like my idea.
Vanilla: Go on……
Me: Answer me this. Where are the best sitcoms set?
Vanilla:  I suppose sitcoms set around the home are traditionally the most successful. You have a set of characters that truly love each other and it can create some interesting and dramatic moments, provided the cast has enough chemistry.

Chocolate: Pardon my French Mr. Kavanagh, but what the fuck are you babbling about? This sounds terrible. If you want to make some sort of Zack and Miri rip-off, then you can take that idea to ITV.

Me: Wait! Let me tell you the premise.
*Uneasy silence*
Me: Right. So there are going to be two main characters, I think I’ll call them Larry and Steve. Larry is the smart one, he works in an office or something and he lives with his mate Steve, he’s a bit of a drifter, who works a series of boring odd jobs. He uses the money he earns from these jobs to fund an unnecessarily expensive lifestyle of hedonism and casual drugs.
Vanilla: Is the Steve character based on you Mr. Kavanagh?

Me: *Ignoring* So for whatever reason Larry loses his job and through a series of connected events, that I’ll figure out later, they resort to making pornography in order to pay the bills. So they eventually get deeper into the industry as the show develops. Maybe they get an agent who is like Entourage’s Ari Gold?  Who knows? So there should be plenty of comedy with these two fishes out of water who are forced to make pornos.
Vanilla: I must say I am intrigued, what kinds of storylines are you thinking??
Me: *Thinks* Ok so season one, they enter the industry and adapt to life in this new world. Steve can fall in love with one of his co-stars and spend the entirety of the season attempting to win her over. They get together in the season finale and everyone is happy, he has a new fulfilled life and is in a relationship, he has come full-circle.

Me: Yeah, it does. Then in season two we will fuck up his life. Steve grows increasingly unhappy with seeing his girlfriend getting shafted by random dudes on camera. Then the tension erupts when she is forced to work with Larry on camera. This betrayal would be a suitably large story-arc and will cover the entire second season. But we will have to figure out a way for everyone to forgive each other and restore the status quo, otherwise we run the risk of straying into ‘dramedy’ territory. We want to keep it light.
Vanilla: *Engrossed* What else happens?
Me: I have two words for you gentlemen, ‘awkward threesome’. Also, Larry doesn’t sound like he’s doing much, so why not give him an increasingly consuming drug addiction.
Vanilla: It sounds quite good Mr. Kavanagh
Me: Maybe if ratings are dipping in the later years we could introduce a gay-for-pay scene and create some cringe comedy. I’m very excited about this programme gentlemen, it could be very cutting-edge.
Chocolate: I agree, we need more risky comedy on television. One last question, what are you going to call it??
Me: Stiffs
Vanilla: When can you start?