Kingsman: The Golden Circle is the sequel to 2015’s Kingsman: The Secret Service and is a rare example of a bigger and better sequel that improves upon the original. Kingsman 2 is an exciting ride that doesn’t expand beyond the confines of the spy comedy sub-genre, but has enough action to keep the viewer’s interest throughout.

The Golden Circle takes place one year after the events of The Secret Service, the plot follows dynamic spy duo of Colin Firth, aka Galahad and Taron Egerton as Eggsy. Galahad is shot in the face in the first film but returns in the sequel because the first film made $414 million at the box office. Firth’s character is healed with magic gel that counteracts the nasty bullet-to-the-brainitis, the only side-effect is TV amnesia. As expected, halfway through the film Galahad is back to normal aside from sporting an eyepatch. 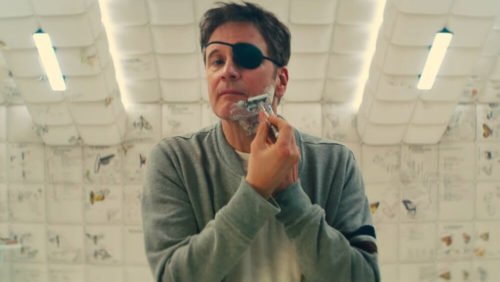 Galahad and Eggsy continue their work for the secret spy agency, Kingsman, concealed behind a classy Saville Row tailor. The world from the first film is comprehensively destroyed early into The Golden Circle, therefore they must enlist help from an American sister spy agency, Statesman. Kingsman in the UK, Statesman in the United States, geddit?

Egerton tries hard to emote in the film’s opening, where many of the characters from the first film are killed off. He doesn’t do very well. Regardless, Egerton manages to carry the film, appearing in most scenes and doesn’t appear outgunned by the heavyweight actors surrounding him. Julianne Moore, Halle Berry, Channing Tatum, Pedro Pascal and Jeff Bridges all phone it in. Elton John also pops up periodically, providing a couple of chuckles. 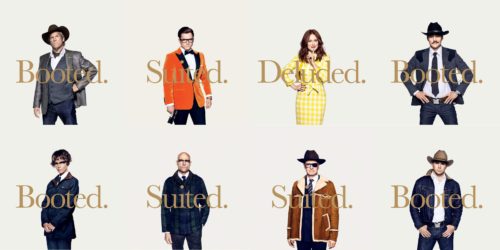 Aside from the cast, one area that The Golden Circle improves upon the original is the action sequences. Kingsman is based upon a comic series, therefore we have some cartoon-y action here, with people getting shoved into mincemeat machines and electric whips that can cut hapless goons in two.

Despite the action being more far-fetched, it’s exciting. Also, the less Colin Firth beating people up, the better. I can suspend my disbelief enough to believe a fully-grown man can be tossed into a giant mincemeat machine to create perfectly red meat without even a shred of clothing stuck into it. But Colin Firth beating up entire pubs single-handedly is too far. They minimise the Firth-based action in the sequel to good effect.

Most spy comedies pay a debt to the James Bond franchise, the towering film series that has codified many tropes of the genre. Because Bond created so many hallmarks of the genre, any attempt to send up spy films feels like comment on James Bond, as does the Kingsman series.

Mark Strong plays Merlin, the tech guru who provides clever gadgets and exposition to the main characters. Of course, these gadgets are concealed in everyday objects, like the baseball bat which can used as a minesweeper while remaining solid enough to smash a few baseball shaped grenades at clusters of henchmen. Merlin is Q with gadgets ripped straight from a Bond movie.

Like the first film, The Golden Circle does include a controversial sex scene which has generated questions about the portrayal of women. The laddish humour has not gone over well with many. 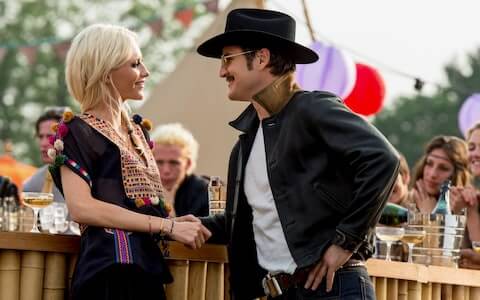 An interesting aside is the age difference between the actors who play Taron Eggerton, 27 and Hanna Alström, 36. Reese Witherspoon recently criticised male directors for casting older men with much younger love interests; saying it was ‘bizarre’ many actors she started her career with appear with love interests a decade or more their junior. It’s rare to see a film reverse this trend but Kingsman 2 does just that.

Kingsman: The Golden Circle is an enjoyable ride, I’m giving it 6.5 Oxfords out of 10. It’s an above average action flick that whisks the viewer along the action-packed adventure so it’s better than 6. However, it’s not quite a 7, there are many better films out there.