This is the story of Marvin Gaye’s harrowing 1978 album Here My Dear, an underappreciated but essential project in the singer’s discography. Inspired by the devastating divorce of his wife of 13 years, the album was an extremely personal account of their break-up and served as one of the biggest fuck yous in music history. Let’s start with the album’s two protagonists and how life was treating them in 1978:

Marvin Gaye –  Here My Dear was released in December 1978, his fifteenth studio album. By now Gaye was established with a string of landmark albums [What’s Going On, I Want You] and hit singles, “I Heard It Through the Grapevine” and Let’s Get It On”.

Things were great professionally, but Gaye’s personal life was in disarray – his issues:

Marvin Gaye was on the edge. In 1975 Anna Gordy had filed for divorce during the making of the Lets’ Get It On album. While recording Here My Dear, Gaye had fallen in love with 17-year-old Janis Hunter; the couple would marry, have two children and acrimoniously divorce in 1981. Despite all his wonderfully romantic songs, Marvin Gaye’s love life was a series of spectacular failures.

Anna Ruby Gordy –  the subject of the album. She married a 22-year-old Marvin Gaye in 1964, while 17 years his senior. Anna was the sister of Motown Records founder Berry Gordy. Cynics felt Marvin pursued the marriage to increase his favour at the record label by marrying the boss’ sister.

Gaye could never create a powerful project like Here My Dear without mining a deep love for Anna. Throughout his career Anna was Marvin’s muse; Gaye attributed a large portion of his early success to the relationship, saying:

“It was impossible to get me into the studio. I found every excuse in the world not to work. Anna was my motivator. She knew how to get me going. In the beginning it was quite wonderful. I needed a strong woman. I don’t think I could have survived without one.”

Here My Dear was born from the acrimonious divorce of Anna and Marvin, and without her Gaye was crippled by self-doubt. Berry Gordy was demanding a new album and Anna was upset about Gaye flaunting his new family. Marvin had no money to pay for the divorce settlement so his lawyer came up with an orthodox solution:

There’s an urban legend that Gaye deliberately recorded a wretchedly personal album in order to sell badly and cheat his ex-wife out of the royalties. However, the agreement specified that if the album failed to earn $293,000 within two years Gaye was obligated to pay the difference himself. He had nothing to gain by recording a poor-selling album. The record did sell badly and Gaye died owing the additional $293,000, most of which went to the taxman.

You might think that recording an album to pay his ex-wife would be de-motivating but something about the situation inspired Gaye:

“I figured I’d just do a quickie record – nothing heavy, nothing even good. Why should I break my neck when Anna was going to wind up with the money anyway? But the more I lived with the notion of doing an album for Anna, the more it fascinated me. Besides, I owed the public my best effort. Finally, I did the record out of deep passion. It became a compulsion. I had to free myself of Anna, and I saw this as the way.”

This is the legacy of Anna Gordy, she always inspired Gaye. Here My Dear is the ultimate statement of this. 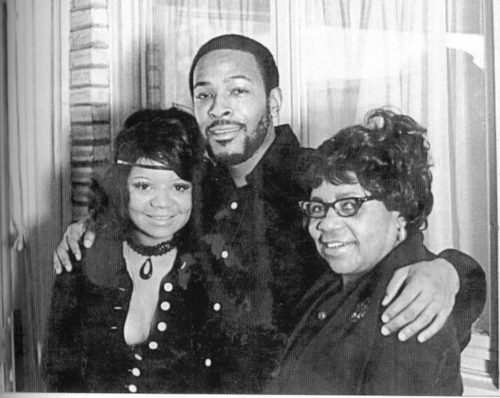 The raw emotional breadth of the album is what makes it so fascinating; you can hear stinging bitterness, jealousy, resentment, anger, regret, depression, self-righteousness – powerful feelings we’ve all experienced after a breakup. The fragility and flawed character of Gaye is what makes Here My Dear such a fascinating listen.

Many tracks were recorded straight after court appearances when the emotions were at their rawest. “Is That Enough” was one such song, with Gaye’s self-pity on full display, “What could I do, the judge said, ‘She got to keep on livin’ the way she ‘customed to.’”

Just look at the original fold-out insert from the album: 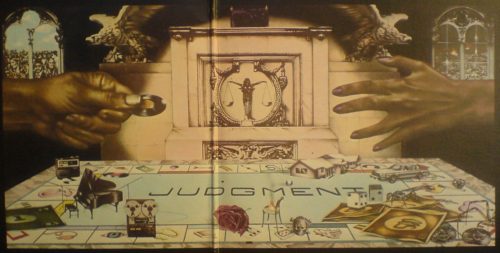 It shows two sides of the Monopoly board; Marvin’s side only has $1 and his music – he’s handing the record over to his wife, here my dear. Anna’s side of the board has the house, car and a lot more money as fires burn in the background.  The not-so-subtle message was that Gaye has been bled dry of his possessions with only music left to give.

The track titles continue this symbolism and take shots at Anna – a few examples:

The centrepiece of Here My Dear is “When Did You Stop Loving Me, When Did I Stop Loving You”. It is a question Gaye was obsessed with, he opens with a monologue accusing of Anna of lying in their wedding vows:

This is Marvin’s side of the story; he is self-righteous, believing that he was the one trying to keep the marriage together. Anna is accused of greed, “If you ever loved me with all of your heart / You’d never take a million dollars to part”.

Produced by Gaye himself, the traditional song structure is abandoned in favour of a loose jazz-like form to express fragmented thoughts and stories of the destructive marriage. Only at the end do we get the chorus repeated as the track fades out, “When did you stop loving me? / When did I stop loving you?” Two further reprises of the song appear on Here My Dear as Gaye struggles to understand when Anna stopped loving him.

Sonically this album jumps between genres as Gaye expresses himself.  The title track opens with a soulful monologue bitterly dedicating the album to Anna and chastising her for using the children as a weapon.

Although perhaps you may not be happy<br>This is what you want
― Marvin Gaye – Here, My Dear

“I Met a Little Girl” follows, in the style of Doo-Wop – Gaye’s career started with The Moonglows a premier Doo-Wop group of the 1950s. Gaye’s vocals are layered to mournfully chronicle the story of their relationship from the moment he fell in love:

We hear Gaye sing the wedding vows in 1964, a rare happy moment on the album. Time jumps to 1976, the harmonies become darker as Gaye mourns how their love didn’t last:

Gaye promises to see Anna in another lifetime, “A Funky Space Reincarnation” imagines a parallel future universe where the two souls reconnect and find love. It’s a whimsical, 8-minute funk track, inspired by George Clinton’s Parliament-Funkadelic sound. Marvin is the captain of the space bed and he meets Anna, they smoke some weed from Venus and they get married. It’s probably the happiest song on the album.

When the album was finished Gaye was no longer living with Janis. Marvin wanted Anna to hear the completed album and had engineer Art Stewart play it for her; Stewart recounted:

“He asked me to play it for Anna. She listened in the control room. All the time Marvin was upstairs in his loft, but never came down. Anna just sat there and listened, didn’t say much, and left.”

People magazine claim she considered suing Gaye for $5 million over invasion of privacy but this never materialised. At the time Anna said:

“I think he did it deliberately for the joy of seeing how hurt I could become.”

She later told Gaye’s biographer, the excellent David Ritz upon whom much of this article is based:

“It’s taken me a while, but with the passage of time I’ve come to appreciate every form of Marvin’s music, even songs written in anger. In the end, you know, when he was very sick, he came to see me often. We stayed close.” 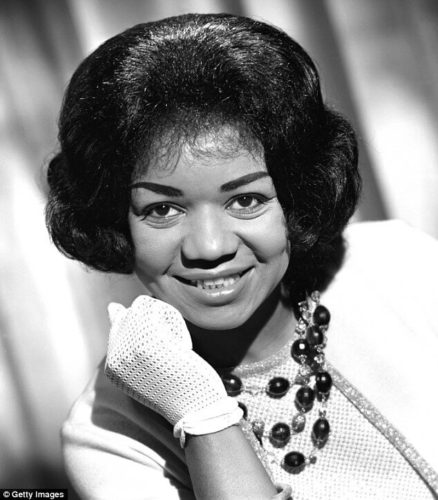 Without Anna Gordy as the deep inspiration for Here My Dear, Gaye could never have created such a powerful work.

Unfortunately, the album wasn’t appreciated in its time; it was critically panned and sold poorly. This isn’t an easy album to appreciate initially and audiences didn’t have the patience for it. This dark soul was regarded as uncommercial and too bizarre for the time; the lack of success meant the sensitive Gaye refused to promote it further. Believing Motown wouldn’t back an album so critical of Berry Gordy’s sister, Gaye went into a self-imposed exile shortly afterwards.

A tortured soul, Marvin Gaye continued to battle depression and cocaine addiction following the release of the album. His death followed 6 years later on the eve of his 45th birthday; after a fiery confrontation with his father, a domineering figure who had intimidated the singer for much of his life.

According to his brother, Frankie Gaye, as Marvin lay dying he said “I got what I wanted… I couldn’t do it myself, so I had him do it… it’s good, I ran my race, there’s no more left in me.” Some believe that he deliberately provoked his father into shooting him in suicide bid.

Here My Dear is a captivating character exploration of one of music’s most extraordinary figures. It provides a deep insight into Gaye’s mind during one of the most emotionally distressing periods of his life. It’s a fascinating album that is essential listening for any soul fan. 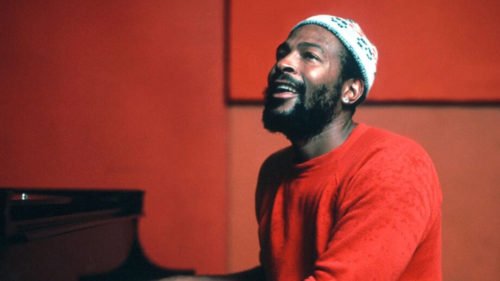