Disney recently announced that it will remove its properties from Netflix in 2019, in order to launch a streaming service and secure a bigger share of the streaming pie. Disney’s new service could challenge Netflix’s iron grip on streaming. This is exciting news which will cause a shift in the market: let’s explore this.

The Walt Disney Corporation is the second largest media conglomerate in the world; a lot of people think Disney is just kids films and High School Musical, but they own of a huge number of beloved entertainment properties. 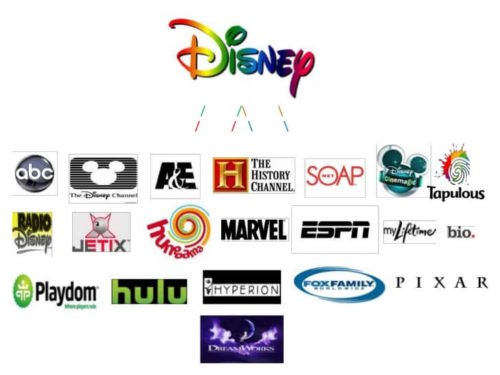 Netflix has come a long way since it was founded in 1997, starting life as a mail-order DVD rental company, reliant on other production companies for content. Netflix outlasted similar rental companies Blockbuster and LoveFilm due to its innovative use of the internet, which became central to the business. Early Netflix customers would order their films for home delivery from the website, hence net-flicks.

Netflix emrbaced the internet better than their competitors, allowing them to grow while DVD sales fell in the late 2000s. As the internet became faster, streaming became more reliable and Netflix adopted this innovation allowing users to watch films on their computers without having to check the post. Big news when it came out.

Netflix’s success allowed it to expand internationally. They also made the clever move to begin developing their own shows to pre-empt a company such as Disney withdrawing their products. Therefore, Netflix have a popular bank of original programming such as House of Cards to rely upon.

Currently Netflix boasts over 100 million worldwide subscribers; the company is valued at £60 billion, which is almost nine times more than ITV. The service has seen a recent growth of nearly 4 million subscribers thanks to hit original shows like Stranger Things and The Crown. More than 52 million of these subscribers are from outside the United States, showing the international popularity.

Observing the wild success of Netflix, Disney are keen to launch their own direct-to-customer streaming service starting in the US. In 2019 Disney will remove its movies from Netflix.

Disney have observed the huge numbers of under 40s who are embracing streaming and want to join the market. They will have to compete with other players such as Amazon Prime Video and Hulu. Disney’s streaming service will be built by BAMTech, a company recently acquired by Disney that have extensive experience in the video streaming sphere.

Recently ESPN, a Disney company, has been struggling and its fortunes could be revived thanks to streaming. Earlier this year ESPN had to sack 100 of its audience-facing staff and more behind-the-scenes workers.

The company was affected by changes to the way consumers chose to watch live sports. ESPN’s traditional cable subscriber model might be outdated, seen by its rapidly declining numbers of subscribers. The company has been hard hit by cord cutting – which sees US customers ditching cable for streaming and live television platforms.

Disney plans for ESPN to have its own streaming platform along with the Disney movie platform; at present it’s unclear how this will manifest in reality. The traditional ways of attracting television viewers appear obsolete and Disney are pivoting ESPN to increase its online presence.

ESPN: ESPN’s recent struggles expose just how outdated their business model is; launching the independent streaming platform could address this.

Programming we could see: NBA, NFL, Premier League, MLB, golf and many many, more sports leagues

Touchstone Pictures: Finally, the more mature Disney films might also come to the streaming platform. Touchstone was founded to create Disney films for adults featuring mature themes. Many people are unware that the corporation also owns this company.

Touchstone are behind classic films such as Lincoln, War Horse, Con Air, Pretty Woman and The Sister Act.

LucasFilm: The company behind the Star Wars franchise own the rights to the hugely popular film series. If you can’t wait to see Carrie Fisher shamelessly brought back from the dead through CGI in Star Wars: Episode IX – then this and all the other new films will be coming to the Disney streaming platform.

Marvel Studios: Again, another company with a huge number of beloved films and characters. Over 5,000 of them, who can be brought out to star in the latest films exclusively on the streaming platform.

Walt Disney Pictures: The classic Disney films could come out of the vault as we seen Snow White, Sleeping Beauty and the other innovative films from the beloved movie studio.

Films from the 2019 Disney theatrical slate are confirmed to appear on the new streaming platform, meaning Toy Story 4 and the new live-action Lion King film would be available exclusively. Along with Frozen 2, a behemoth on the horizon.

Pixar: Again, the classic Pixar film collection could become available, bringing much-loved titles like Finding Nemo, The Incredibles and Up to Disney streaming.

From looking at the breadth of the Walt Disney Company, it is clear that their streaming platform would be huge. It is speculated that the entertainment giant’s massive investment into streaming could cost $500 million upfront. Along with the lost revenue from the Netflix deal they have ended, Disney will need a large subscriber base to cover this. Potentially 32 million global subscribers, paying $9 per month just to break even. Looking at the films and television series owned by Disney, it is likely they could attract the subscriber base to match this figure.

2019 will be the year where Netflix’s hegemony will be challenged. It’s going to be fascinating.