When you watch children play with Lego you will see imagination take over and little builders and architects emerge. Many of us played with Lego as children and have fond memories attached to the bright little bricks.

Lego is so easy to play with that young children are able to get involved and make their own models. Also because they are so easy to take apart, it means there is never a mistake you can’t fix. Adults and children love playing with Lego.

Lego has several development benefits for children. These skills, which are learned through imaginative play are important in life. 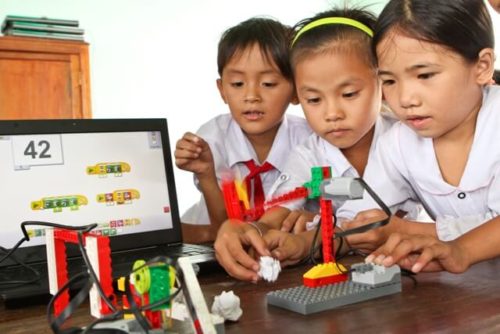 Playing with Lego helps improve creativity, there is something special about turning a pile of bricks into a work of art. But the real magic happens when the instructions are ignored and imagination is allowed to run free.

Birchfield School, an independent primary school in Shropshire made headlines when they opened a Lego Education Innovation Studio in January 2016. They embraced teaching which taught children to think creatively. A move away from traditional blackboard teaching, which challenged education stereotypes.

For decades, Lego has been used in the classroom, but not in this way. Birchfield students have responded well, one student said ‘I love it… I’ve got loads of Lego at home, but this isn’t the same.’

Critics of the current education system believe children’s creativity is stifled by having exams at young ages; which puts too much pressure on them. Lego teaches children to think in three-dimensions and explore creative and unconventional solutions to problems; in a relaxed environment.

With education more focused on exam results and the three ‘R’s of reading, writing and arithmetic; some believe there is room for more creative education.

Hanne Rasmussen head of the Lego Foundation, feels that education currently pushes towards numeracy and literacy too early. Which causes children to miss out on valuable play-based education. ‘Both in the formal education system and in the homes of children, the focus on the value of play is rather limited’, he said.

Play is an important tool in a child’s social development. Many of the basic elements of language such as turn-taking are learned during structured and unstructured play.

Lego also teaches problem-solving skills, sometimes the pieces don’t fit together and a new solution must be found. Psychology lecturer David Whitebread adds, “‘when you watch children playing with Lego they are often problem-solving with the constructional aspects”.

The best use of Lego we could find was on-board the Space Shuttle Endeavour; which launched in 2011, carrying thirteen Lego sets. Astronauts were challenged to construct models and discover how they reacted in a microgravity environment. The results were shared with schoolchildren as part of an educational project, which no doubt stimulated young minds across the world. 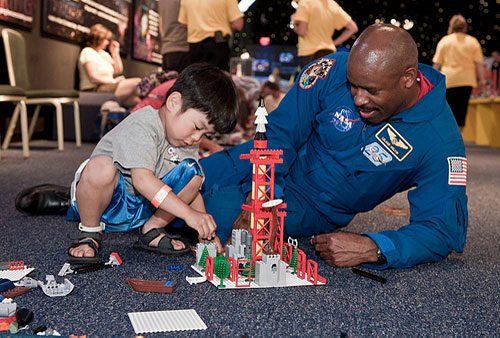 What do you think about your child’s education? Do you agree that we should place a greater emphasis on play in education? Or should we continue to focus on the three “R’s”?