Ben Howard is a man who needs some introduction. He is a singer-songwriter from Devon; who chiefly records music of the folk/acoustic persuasion. Howard’s music mainly addresses relationship themes such as heartbreak and betrayal; primarily through introspective lyrics, rife with symbolism and metaphor.

Throughout his career, Howard has achieved only moderate success on the singles chart; due to what appears have been a conscious effort to avoid making outright commercial music. Ben Howard’s highest charting single was “Only Love”, from his 2011 debut album, Every Kingdom. The song reached #9 and has been certified Silver by the BPI.

The album received critical acclaim and was recognised at the 2013 Brit Awards, with two prizes, it was also nominated for the 2012 Mercury Prize for Album of the Year. Howard seems to value the integrity of his music over record sales, this, coupled with his at-times obscure lyrics have earned him a reputation as the ‘thinking man’s Ed Sheeran’. I shall leave their differences in musical approach to Tumblr’s very-own Citric Idiot.

To summarise, Ben Howard records acoustic love songs with a folk-influence and cryptic lyrics. Meanwhile, that bastard, Ed Sheeran’s brand of hip-hop influenced acoustic love songs are geared towards a mass audience and have become a staple of the UK Top 40.

Consequently, Sheeran has achieved far greater cultural relevance than Howard. It is interesting to note, that both artists released their debut albums in 2011 and have followed them up during Autumn 2014. Which only increases the temptation to draw comparisons.

Ordinarily, I find music reviews straight-forward; I listen to the album, formulate an opinion and try to write coherentlyy. This album is different. I have played I Forget Where We Were, probably six times; and I still don’t know whether I understand what it’s trying to do, or if I like it.

I first have to talk about the lyrics. There has been some criticism of Howard’s songwriting on this album, and tracks such as “Conrad” are prime culprits of this weakness.

Let those lyrics sink in and try to decipher their meaning. Like many songs on I Forget Where Were, “Conrad” features lyrics which are vague, unclear and lousy with strange metaphors.

“Rivers In Your Mouth” is the second track on the album and after multiple plays, I believe I have deciphered the meaning behind it. The song is probably Howard comparing his talkative girlfriend’s mouth to a river, because she is powerless to stop the flow of bullshit coming from it. My description removes some of the poetry of the song, but in reality it is a pretty weak metaphor. Strangely enough, “Rivers In Your Mouth” is one of the stronger songs from the album due to how the instrumental progressions and becomes softer during the more tender moments of the song.

“Rivers In Your Mouth” also highlights a recurring feature of Howard’s music, nature. The man is obsessed. Every Kingdom, featured tracks called “Old Pine”, “Black Flies” and “The Wolves”. The Burgh Island EP followed, and was named after a small island in Devon, the standout track? “Oats In The Water”. I’m not saying that is Ben Howard some sort of a tree hugger, but if hemp sandal fits… 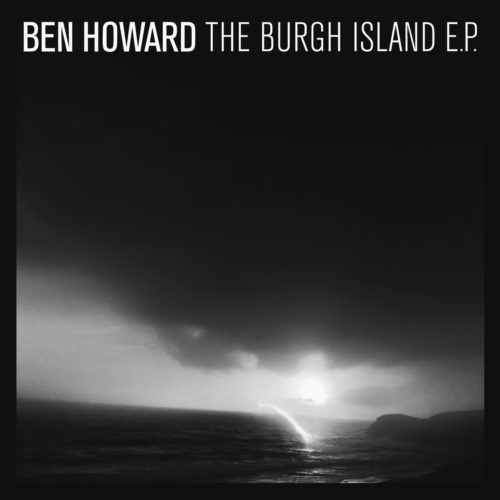 I Forget Where We Were features “Evergreen”, as the obligatory nature song. This song compares the memory of a past relationship to an evergreen Christmas tree; because his mind has removed the flaws and because Ben Howard has a boner for nature.

“I Forget Where We Were”, is the strongest song on the album. The lyrics concern the breakdown of a summer love affair and Howard’s growing realisation that the relationship won’t survive the winter. There is talk of being separated by the Great Dividing Range as winter continues and the couple’s communication worsens. Grand metaphors such as these emphasise the growing distance in the relationship and demonstrate how well Howard can write. ‘Hello love, my invincible friend’, is my favourite lyric on the album and is the centrepiece of a haunting chorus that builds as the song progresses.

“I Forget Where We Were” harks back to the lost days of summer, with its ‘green, green grass’ and ‘thistle and the burr’. This imagery is key to establishing the timeframe of the song and creating an atmosphere of yearning for summer.

When compared to Every Kingdom, the instrumental choices on I Forget Where We Were are markedly different. Howard’s first album was characterised by acoustic guitars and light percussion, usually provided by the guitar itself. The Burgh Island EP, which acted a stopgap between his studio albums featured, growing experimentation with electric guitars and other soft rock elements.

The shift away from purely acoustic music appears to have been completed on I Forget Where We, it has guitar solos and everything. “End of the Affair” is the most noteworthy example of this transformation. It is seven and-a-half minutes long and begins as a minimalistic acoustic song, with just Howard’s voice and a few chords on his guitar. There are a few moments of silence at the four-minute mark; from here the song changes and suddenly we have drums, electric guitars and bass. It’s quite extraordinary when compared to Howard’s earlier sound.

“Time is Dancing” follows a similar structure and feels like two distinct songs merged together, because they share a similar theme. Again, the second half of this track is electric and takes the song in a harder direction. It is striking to note that on both tracks, the more experimental halves of the are superior to the traditional acoustic beginnings.

I Forget Where We Were having some interesting tracks, there are few which can match the quality of Every Kingdom. It begins with three standout songs which start the album nicely, but, from here the rest is largely forgettable.

I Forget Where We Were has songs which go in unexpected directions and experiment with Howard’s style. However, many of the songs are average and will ultimately prove to be forgettable. I feel that I was trying too hard to like this album, because it was from a singer I like, who was going in a new direction. In a few weeks I cannot imagine myself regularly listening to many of the tracks from this album.

The hardcore Ben Howard fans will no-doubt be horrified to learn that Ed Sheeran has produced the superior sophomore album. It will be interesting to see which direction Ben Howard takes going forward with his career. This album shows a lot of potential and could certainly form the basis for this new direction, unfortunately it is only above an average effort. 6 out of 10.