This is Ed Sheeran

You might remember him from his 2011 album, + and sad songs such as “The A-Team”. It is now 2014 and Ed is back with his second studio album, X. According to Wiki this project is pronounced ‘multiply’, meaning the title is actually punctuation. Brilliant. 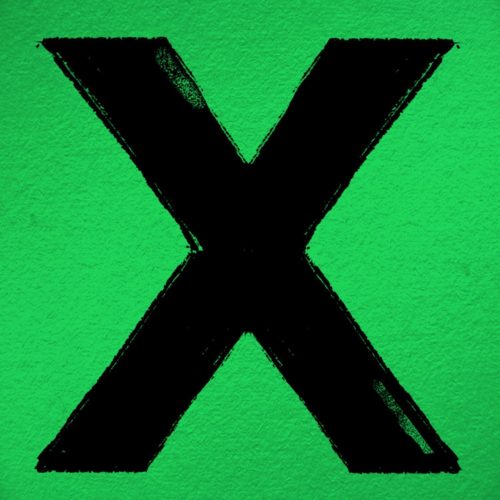 There were times during the Sheeranmania of 2011, when I felt like the only person in the country who didn’t buy into the hype. + was not a good album, and aside from “You Need Me, I Don’t Need You”, it was an album of generic love songs. Despite my objections, +performed pretty well in the album charts and X isn’t doing too badly either.

Presently, Ed has been sitting atop the chart for eight consecutive weeks. Not since the salad days of James Blunt’s Back to Bedlam, have we seen a male solo act dominate the album charts with such extreme prejudice. Across the pond, X has managed encouraging first week sales and has remained in the top twenty until now. Along with Adele and One Direction, Ed Sheeran is a founding member of what is increasingly looking like the Third British Invasion. Even the fucking Vamps are were getting love Stateside.

Ed’s increased reputation has allowed him to call on a higher calibre of producers on this new album. The most notable of these being Rick Rubin, who contributes to three tracks. Rubin’s minimalistic production on tracks such as “Tenerife Sea”, suits Ed, who is no stranger to minimalism himself. Rick Rubin also produced the entirety of Jake Bugg’s last album with less interesting results.

With regards to the production, Pharrell’s two tracks will raise the most eyebrows, due to how far removed they are from Ed’s usual musical style. The first is X’s lead single, “Sing”, a catchy, disco-influenced R&B song, which is reminiscent of Justin Timberlake’s early work with Pharrell. “Sing” provided the perfect re-introduction to Ed Sheeran after his virtual disappearance from the music scene in 2011. “Sing” reminded us that he can sing, rap and write catchy songs.

I much prefer the music of Sex Ed, he’s a lot more fun than Serious, Socially-Conscious Ed. I appreciate that homelessness is an important issue, but dreary songs about women of the streets weren’t going to fly off the shelves. “Sing” is Ed’s first number one single in Britain and a testament to the power of mildly selling out. 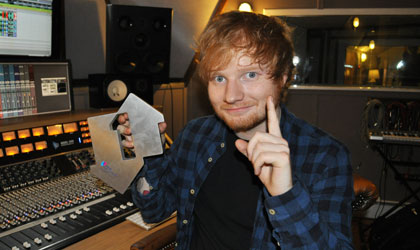 Pharrell’s second contribution is “Runaway”, which concerns Ed’s troubled home life as a young man. Many of the songs on + were about a breakup, yet X feels like the more personal album. Tracks such as “Runaway” give the listener a more intimate portrayal of Ed’s personal life and formative years.

This song deals with the breakdown of the relationship between Ed and his father. This is another disco-influenced beat, which further showcases the versatility of Sheeran on this album, as he delivers verses about the relationship and another catchy hook. ‘I’ve known it for a long time / Daddy wakes up to a drink at nine / Disappearing all night / I don’t wanna know where he’s been lying’. Despite the depressing subject matter, “Runaway” could easily be another top-twenty single for Ed.

Like the music of Mark Foster and the People, this is a track about a troubling experience, delivered over an upbeat instrumental. It is only once you properly listen to the track’s content do you realise the true nature of the song. I am hoping to coin The Foster the People Effect as the socially accepted expression for this phenomenon; so, remember where you heard it first.

“Don’t” is the second single from the album and rumours abound about the subject of the track. Ed discusses a short-lived relationship with a fellow musician who cheated on him; his refusal to name the lady in question, only adds to the mystery.

Rick Rubin and Benny Blanco, are on production duty. Strange bedfellows indeed. This combination somehow creates the best song on the album. There is a fair amount of singing on this track, but I’d credit the song to Rapping Ed. Which is good, because I quite like Rapping Ed. Like any good rap song about the ladies he begins with the immortal lines, ‘I met this girl’.

Ed’s style of rapping always borders on singing, and his style of singing usually borders on rapping. This benefits songs such as “Don’t” because he can express his emotions through changes in vocal tone; especially when he half sings lines like, ‘It’s not like we were both on tour / We were staying on the same fucking hotel floor’. Singing Ed handles the hook and interpolates the chorus from Lucy Pearl’s Don’t Mess With My Man, to great effect. It is surprising that “Don’t” didn’t perform better on the charts, it’s catchy shit. 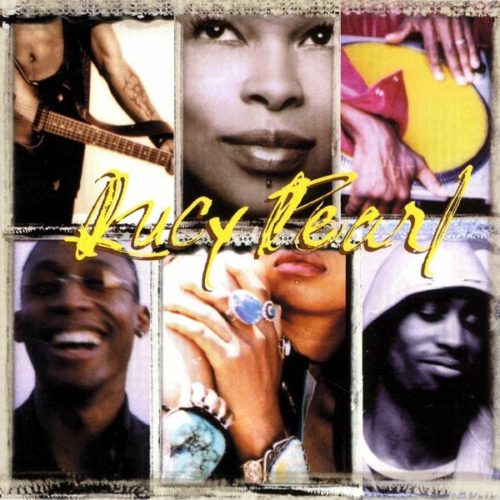 The quality of X came as a surprise. I had expected Ed to play it safe for his second album and keep mining the well of sadness for songs about struggling with fame and heartbreak. The usual subject matter for such a project. 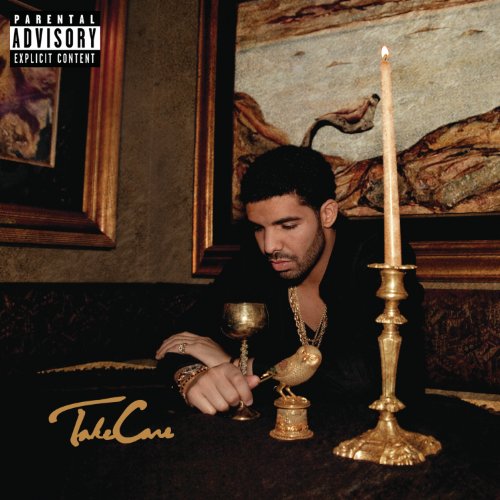 There is far greater variation of subject matter than expected, such as ‘Bloodstream’, where Ed describes a night when he took MDMA. The most interesting song is ‘Afire Love’, where Sheeran talks about his experiences growing up around his Alzheimer’s-striken grandfather. This X’s equivalent of “A-Team”, as he details how the disease affected his entire family. The lyrics are both beautiful and tragic, ‘And my father told me “son / It’s not his fault he doesn’t know your face / And you’re not the only one’. There is a clear sense that Sheeran has built his impression of his grandfather from second-hand information, relayed to him by his other family members. “Afire Love” is one of Sheeran’s most powerful songs and demonstrates that his skill as a songwriter.

Sheeran’s writing has always been one of his strongest assets and he showcases his talents throughout X. The influence of hip-hop is very noticeable in the way he writes lyrics. They are detailed and usually focus on the minutiae of the stories he tells.

On “Nina” he describes how, ‘every weekend in the winter / You’d be wearing my hoodie / With drawstrings pulled tight’. It is these small details that creates immersion and makes for interesting stories. Much of his singing is fast-paced and contains many more words than you’d expect to hear in an acoustic song. The rapid delivery and wordy lyrics make many of these songs feel like acoustic-rap hybrids. The rapping itself is good and I feel that Sheeran could have made himself a good career for himself with straight rapping. He says on “Take it Back”, he’s not a rapper; but sometimes he sure does act like one.

Unfortunately, it isn’t all MDMA and Pharrell Williams, as the second half of X fails to live up to the quality of the first. One such tracks is “Thinking Out Loud”, which is a standard ballad and is described by Ed as a ‘walking down the aisle song’. It features lyrics like ‘and darling I will be loving you till we’re 70 / And baby, my heart could still fall as hard at 23’. Of course, ballads such as these form the bedrock of Ed Sheeran’s music catalogue and it would have been strange for his album not to include any. However, this track lacks the imagination and passion displayed on earlier songs.

This criticism can also be applied to “I’m a Mess”, another ballad, which Ed wrote in the shower and describes how much he loves his girlfriend. If these two songs were replaced with superior bonus tracks like  “Even My Dad Does Sometimes”, a track about his troubled home life. Further, “I See Fire”, is like “Thinking Out Loud”, but with a quirky instrumental and better lyrics. Replacing these tracks would have improved the album and removed two of its weakest songs.

X is Ed Sheeran’s strongest project to date. It is a cohesive and personal project, in which all the songs provide an insight into the singer’s life. The songwriting and production are strong and the hooks are much improved from his debut.

The album took Ed three years to complete and the effort has certainly benefited the quality of X. Therefore, I award this album 7 out of 10.

Thanks for reading and I hope to see you all for my review of Ed’s next album, #. 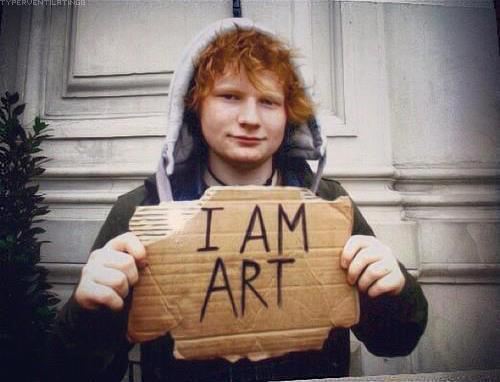