Wonky Funk with a slice of Aaliyah

Nao is on the cusp of becoming one of the biggest artists in the UK and has been attracting a strong following, since the release of her stellar debut album, For All We Know. The album saw moderate success when it was released in July 2016 and peaked at #17 in the UK Album Chart. 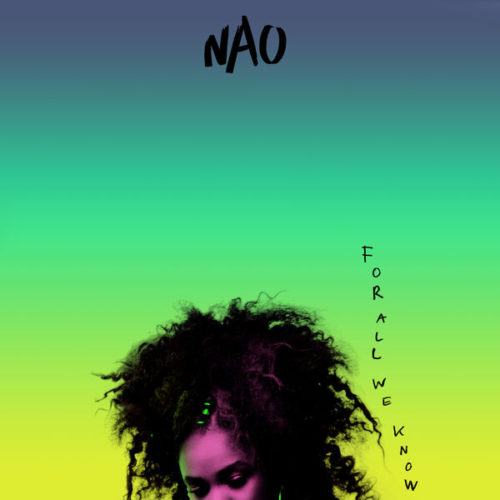 Nao’s fans regard her as the next big thing in UK music and are eagerly setting up camp on the bandwagon. Think of her like 2011 Ed Sheeran, before he released + and already had a sizeable following. If Nao ever gets big, these are the people who are dying to say the equivalent of:

“Oh you got into Ed Sheeran because of A-Team? Well I have been into him since I saw him at [insert no-name edgy music venue].”

“I hate all these new Ed Sheeran fans. I used to like him when he was doing freestyles with Example.”

Or my personal favourite

“Yesterday I shoved my head so far up my arse I could see my breakfast. Watch how far I can get it today!”

If Nao becomes a big deal, like I think she will, get ready to eat these people’s shit.

The hype surrounding Nao is justified on the basis of her album, which has one of 2016’s best three song openings; it’s up there with Frank Ocean’s, Blonde. These songs immediately hook the listener and the quality of the rest of the project keeps attention to the very end.

The album is paced well, with no tracks feeling out of place, as we learn about Nao through her honest and introspective lyrics. Some songs address past loves, friends or even past versions of herself.

Nao is heavily influenced by Electro, R&B, Hip-Hop and Funk, she brings these inspirations together into what she calls as “wonky funk”.

The listener is introduced to this style on the second track, “Get to Know Ya”. With Modern Soul collective, Jungle, on production we get an unconventional electro-R&B groove with funk guitars that shifts. The beat throws out missed drum kicks and unusual time signatures, and Nao’s high-pitched R&B vocals are layered on top to complete the vibe. 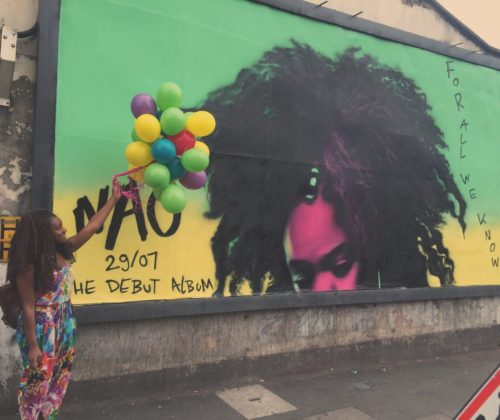 Aside from the funky beats and personal songwriting, people are drawn to Nao’s mysterious persona. Much like her two biggest influences, Prince and Aaliyah, Nao is fiercely private. In fact, she refused to release her surname to the press prior to the release of her album.

The sweet vocals of Aaliyah reverberate throughout Nao’s delivery which embraces Hip-Hop/R&B but in her soft, sultry voice. This was a trademark of Aaliyah, whose voice softened the impact of her more sexual songs like “Rock the Boat”; to the point where they sounded almost innocent. 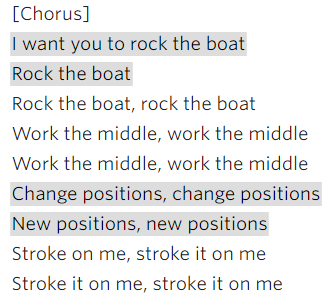 When Aaliyah first entered the music industry aged 12, R. Kelly took her under his disgusting wing; writing and producing her first album. Age Ain’t Nothing But a Number was released in 1994. This was 6 months after “Bump and Grind” came out; as you would expect the lyrics were pretty graphic. 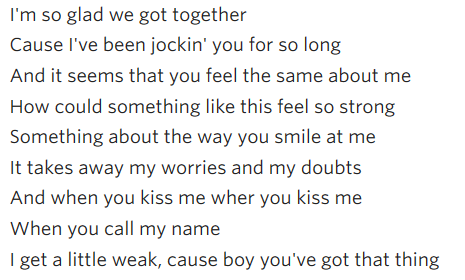 It’s quite jarring hearing 15-year-old Aaliyah singing about graphic sex, especially as her voice sounds so innocent. It’s worse because the sex was almost certainly with R. Kelly. 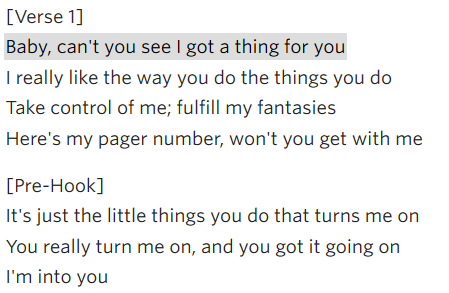 Aaliyah would marry 27-year-old R. Kelly later that year, as she lied about her age on the marriage certificate. When her parents found out, they shut that shit down, the singers would never speak again. 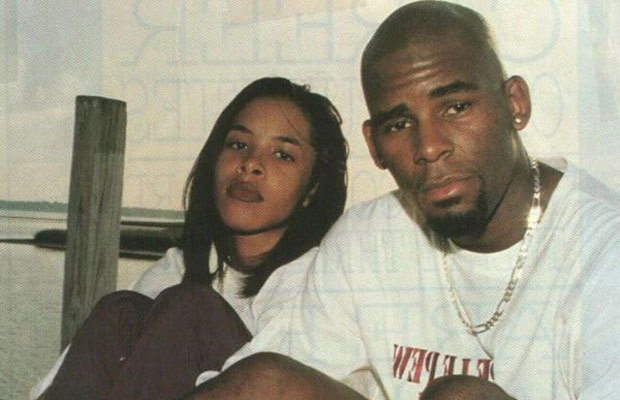 The massive press scrutiny made Aaliyah mistrustful of the media for the rest of her life.

Aaliyah’s influence is especially visible in the sweet delivery of mature subjects from Nao. This style is especially clear on the two EPs that preceded For All We Know, both of which are strong projects in their own right.

90’s R&B has had a major resurgence in British pop recently, with club versions of “Bump and Grind”, “Fast Car” and “The Girl Is Mine” charting in the past couple of years. Nao takes this trend and explores the genre, instead of covering the songs and slapping some dance beat underneath it.

A 90s flavour comes across in many of the tracks on For All We Know: Nao’s versatility is showcased by her key role in production alongside GRADES. Interestingly, A. K. Paul, brother of the mysterious Jai Paul, gets involved and is a long-time collaborator of Nao’s.

By all accounts, A. K. Paul was pivotal to the small musical output of Jai Paul, who has all but disappeared after blowing everyone’s socks off with just a handful of tracks. He comes back everyone now and then to tease us with new music; like a British Jay Electronica. 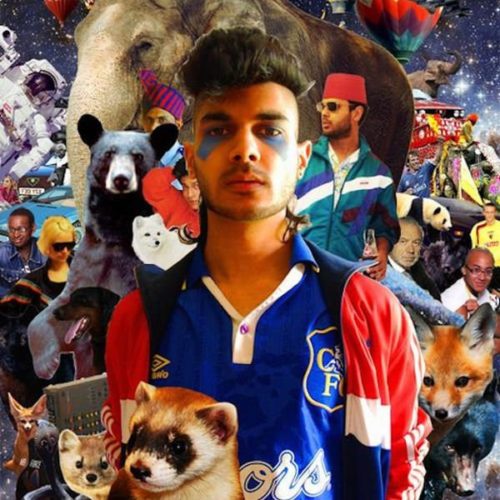 Nao fuses various styles together to form a cohesive sound, which challenges the tropes of the genre. Nao’s sugary voice slithers between funk and R&B over some banging beats.

“We Don’t Give A” deals with the stigma she has seen from her interracial relationship, and she interpolates the classic Stevie Wonder track, “Jungle Fever”. The beat is upbeat funk that strays into the realms of disco: with its groovy basslines, it even has handclaps, (Which is as Disco as you can get.)

“Happy” is another Disco-influenced track. It’s probably the closest Nao’s “wonky funk” comes to Bruno Mars’ Uptown Funk; which is more reliant on 80s funk guitars, synth and Old School Hip-Hop. Nao celebrates the love that she feels and wants to celebrate others. The electro elements of the beat and her Lauryn Hill-inspired vocals makes it unique to Nao.

Another highlight is the passionate “Fool to Love You”. In a live performance, Nao revealed that this song is about leaving a relationship as well as telling her insecurities to go away. Another GRADES production, the groove and progressions are electro-funk, but with heavy R&B and hip-hop elements, especially in the percussion. The drums are all over the place, with some missed sections and sudden changes in tempo, giving the track an energetic pace.

“Bad Blood”, lead single from For All We Know is one of the album’s strongest moments, R&B over a slow electro beat with powerful rock guitar sequences. Nao sings about the acrimonious end to a relationship that has tainted all memories of that person. Her voice expresses feelings of betrayal and anger, which are heightened by the guitar sections that enter and leave abruptly.

I wonder had Kendrick of heard my Bad Blood before Taylor's if things might have been different……. ?

For All We Know challenges the style of R&B that is currently in vogue, which often features atmospheric Auto-Tuned tracks. Artists like Jeremih and BJ the Chicago Kid take a lot of cues from hip-hop.

Nao’s music is how you would imagine an R&B album produced by Jamie xx to sound, bearing some similarity to his Gil Scott Heron remix album We’re New Here.

The experimental instrumentals on For All We Know are a highlight; a lesser artist could have been overshadowed. But Nao’s songwriting is full of emotion and personality, her voices fits perfectly with the vibe of each track.

Along with Frank Ocean’s Blond and Anderson Paak’s Malibu, this is one of the R&B albums of the year. These artists are at the forefront of the genre and are pushing it in exciting new directions.

If Nao can sustain the intensity and passion of her debut album, her career is destined to be successful.

My prediction: she does an Adele. Has a baby and keeps everyone waiting for ages for a new album and drops a new project, Nao-natal in 2019. 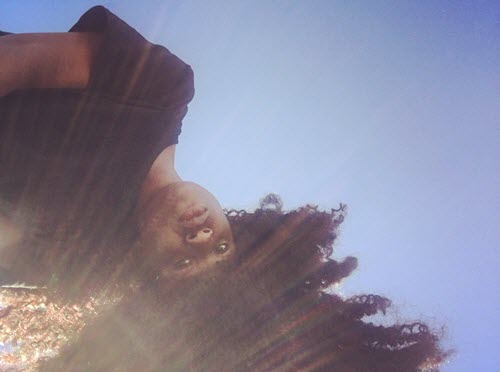