Had a spark when you started, but now you’re just garbage – Jay-Z

Leicester City won the Premier League title last season and now they’re shit. Chelsea won the title the season before that and struggled equally in their title defence. What’s up with that? Is it coincidental or an emerging trend for the Premier League?


The disappointing fortunes of Chelsea and Leicester City are similar because they’re teams who cruised to the title; before crumbling the following season.

Star midfielders Eden Hazard (Chelsea) and Riyad Mahrez (Leicester) won the PFA Players’ Player of the Year in the championship seasons; due to their crucial creative roles. Their follow up seasons have seen performances well below expectations. 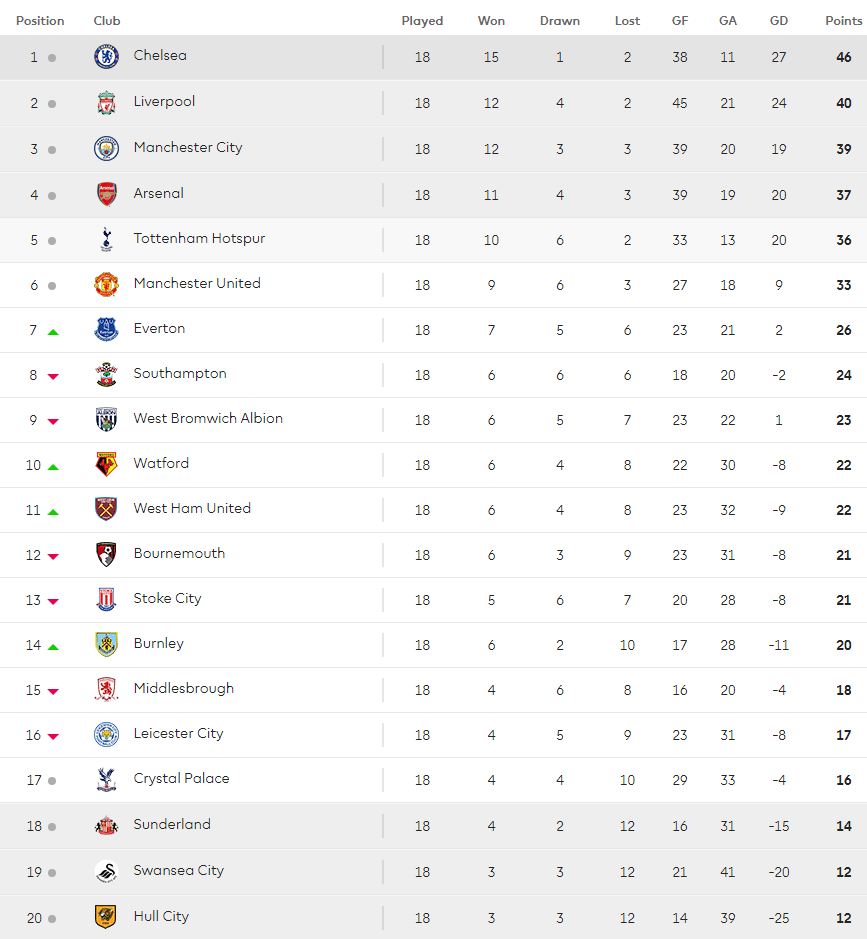 After 18 games played in the current season, Leicester are sitting just three points off the relegation zone, while in 2015 they were top after that many matches. The partnership of Vardy and Mahrez was instrumental to this success, with the Algerian providing much of the fuel for Vardy’s 24 league goals. It would seem this has broken down, in mid-November 2016, Mahrez had only completed nine passes to Vardy in the league. True story bro.

Meanwhile, 2015 Chelsea were two points off relegation after 18 games in the 2015 campaign. Contrast that to 18 games into the title winning 2014 season; where they were top of the pops. 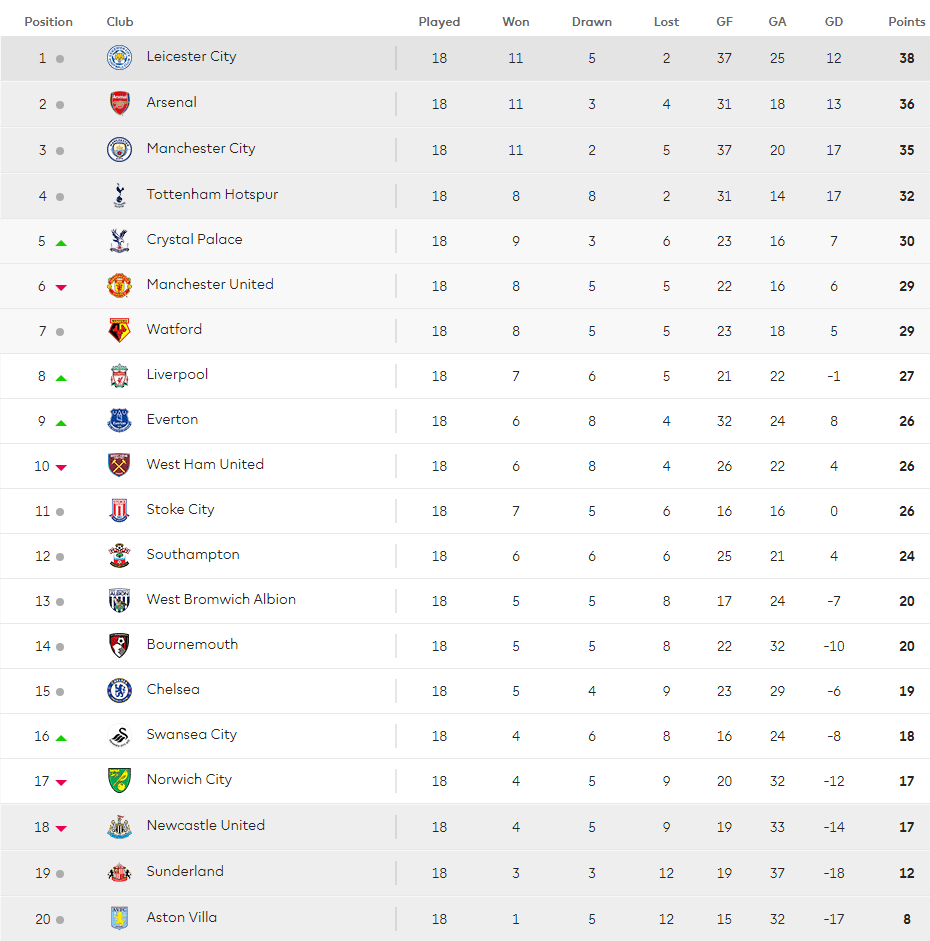 2014-15 Chelsea were seemingly suffering the decline Jose Mourinho’s teams experience during the third season of this reign. The managerial mystro’s methods have a shelf life before he is driven out of the club while players brandish pitchforks and flaming torches. 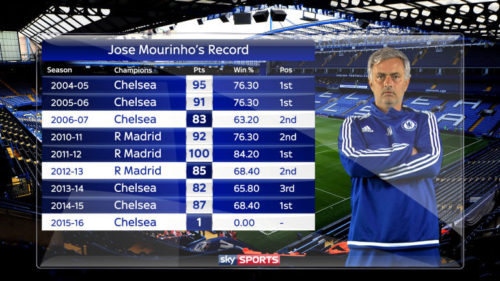 Many have speculated on the cause for Leicester’s current decline, they having seemingly regressed to the team that narrowly avoided relegation in at the end of the 2014-15 season.

I would argue the psychology of the changing room has been negatively impacted by the title win. Going from the “nobody believes in us” team to defending champions is going to change a few things. Last season their manager, Claudio Raneiri described his team thusly:

This is a small club that is showing the world what can be achieved through spirit and determination. Twenty-six players. Twenty-six different brains. But one heart.

Eight months, later things are very different, the Jamie Vardy biopic is in the works; and Wes Morgan has signed a ridiculous endorsement contract with Captain Morgan. These underappreciated hardworking players have become celebrities. 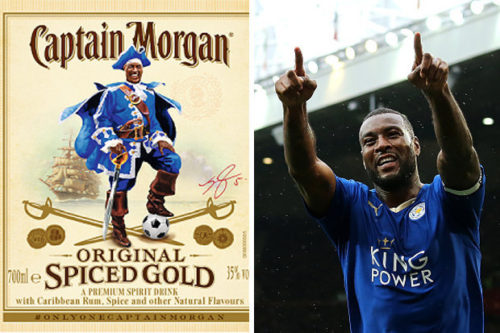 After the title win, the Leicester owners bought all the players matching £105,000 blue BMW sports cars to celebrate their success which can’t have helped egos. This isn’t a great team, they mainly became champions through lacklustre competition and team spirit; It’ll be impossible to channel the same emotion as last season.

How can you go from a team of effective nobodies, to giving out 30,000 Jamie Vardy masks for fans to wear during the last game? That will only worsen morale and feed egos. Needless to say, Leicester lost that game. 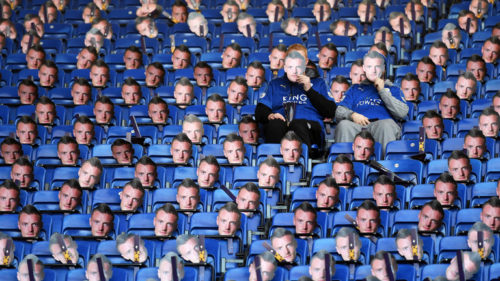 When Chelsea underachieved they were able to retain most of their title-winning side and attract new world class players. When Leicester won the title they were forced to sell their heartbeat, N’Golo Kanté; ironically to Chelsea. If Leicester can’t keep their best player when they win the league what will happen when they finish mid-table this season?

It all smells very much of Blackburn Rovers who snatched the Premiership title in the 1994-95 season and suffered a terrible start to their title defence, before recovering and finishing 7th. Their ineptitude was unmatched until Chelsea and Leicester both posted equally poor starts to their title defence and broke the record of futility.

It is interesting that the worst title defences in Premier League history have occurred in the past two seasons. Retaining that trophy is harder than ever before; no team has managed to win back to back league titles since Alex Ferguson’s 2008-09 Manchester United team. In the 2000s and 1990s consecutive title wins were more commonplace, mostly due to genius of Sir Alex. 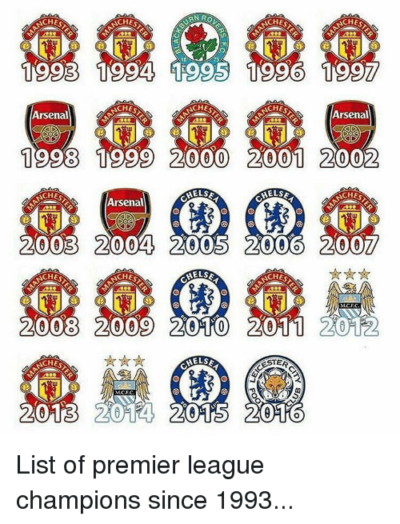 While it’s early days, Chelsea are looking like strong favourites for the title. If they followed through and won, I’d give them a good chance to retain.

But this is an era of Jose Mourinho, Jürgen Klopp and Pep Guardiola in the Premier League; all backed by super rich owners who can buy an entirely new team if necessary. Things could change dramatically next season and we could see the Chelsea title defence end in tears once more.

Regardless, this is a great time for English football and I can’t wait to see what the future brings us.