Novelist Guy is the debut album by 21-year-old Novelist, a brilliant project from a rising star with huge potential. Continuing what looks like a new golden age of British rap music, we already have a candidate for album of the year. 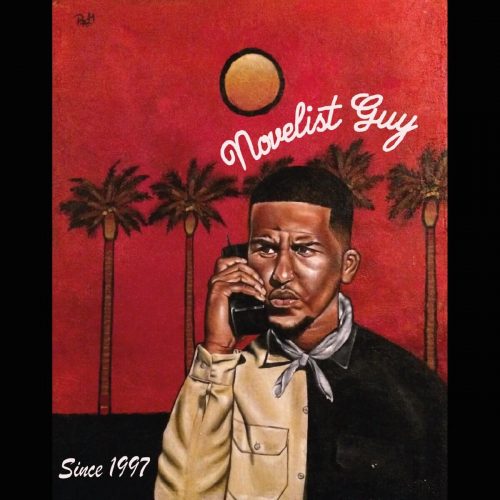 Novelist has steadily built buzz since appearing on 2015’s BBC Sound of List alongside Stormzy and Years and Years. Of course, Stormzy comparisons are natural, both South London MCs address social issues on Gospel-influenced debut albums.

But the similarities end there, Novelist’s style is closer to Dizzee Rascal and Wiley, the latter’s echoes can especially be heard in Novelist’s flow and cadence. Like the Grime Godfather’s 100% Publishing album, Novelist Guy is a one man show, entirely produced and rapped by the artist with virtually no guests. Truly an impressive undertaking.

DID HE PRODUCE AND WRITE IT HIMSELF?

Can we have a retweet for the culture, please…https://t.co/xJ5DTb4t0N pic.twitter.com/AoMG8zyfN0

Novelist has been deliberately building his career, opting for quality over quantity. On a personal level, this album was surprising to me; I’d heard Novelist featured on several tracks over the years like on Skepta’s “Lyrics” he never impressed like he does on Novelist Guy. Wise beyond his years, this feels like his life story.

This is my debut album entitled: Novelist Guy

I spent the most of the last few years creating these beats, learning how to mix how I like and pouring my heart out, somehow still managing to rhyme with depth and meaning.

Novelist, has followed the well-trodden independent root like many of his peers. He recently appeared on the front cover of TimeOut London and has earned scores of positive reviews in the mainstream media. It feels like a new star is born. 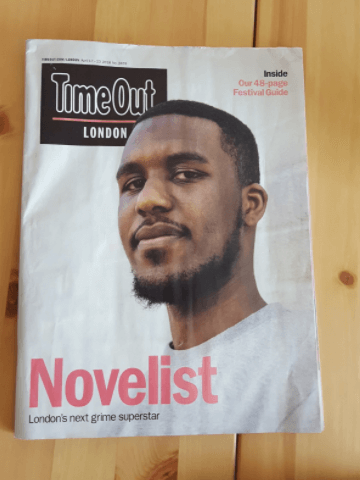 The album’s pacing underlines its brilliance, divided roughly into three acts separated by uplifting instrumental tracks. The first act deals with Nov’s early life on the Lewisham streets, the middle feels more political and the final act is full of positive energy and full of bangers. These themes along with the importance on God are not exactly new territory to Grime but Novelist’s rap skills and engaging personality brings the project freshness.

I love the subtlety of the Brockley MC who often shows not tells. On “Gangster” Novelist talks about avoiding the gangster life despite growing up surrounded by it as a young man. He doesn’t need to tell you that he had times of getting involved he just alludes to it on the first verse. 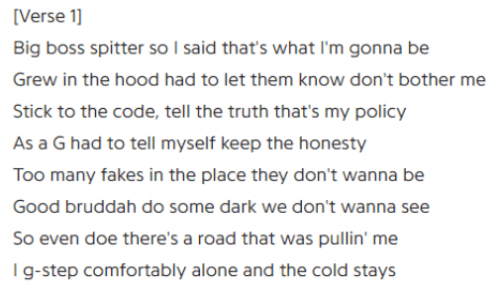 Despite this past, the formerly deputy young mayor of Lewisham addresses the growing problem of violence on London’s streets in “Stop Killing the Mandem”. Inspired by a sign spotted at the summer 2016 Black Lives Matter London protest, this is Novelist’s message of police not just to police but other young people.

From here we transition into a joyful minute long interlude, “Happiness in the Cold” with it’s infectious sing-song lyrics this is one of the brightest spots on the album. The tinkly beat sounds like Grime’s take on the ringtone rap of the 2000s. “Smiles” follows, Novelist only raps one verse here, the main focus is the hook performed by Pascall and harks back to the older days of Grime and celebrates where Novelist is from. 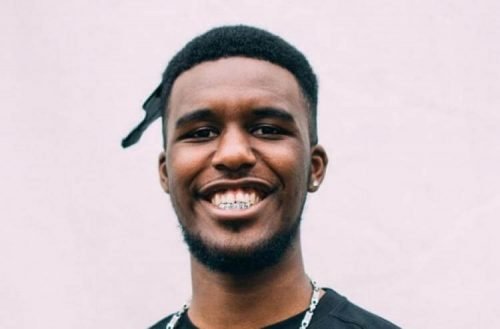 The production on Novelist Guy is a highlight, the beats feel like an update on the classic Grime format, almost like a Neo-Grime. “Wait Wait Wait” is a great example of Novelist’s production skills the marching hi-hats and surging bassline setting up an infectious track.

The final skit of the album “Nov B2B Dee Cee” is a radio extract from a 17-year-old Novelist freestyle, his style is vastly different. His flow is rapid and he expresses negative subject material, this skit shows how he’s matured since the freestyle.  “Better Way” follows where he talks about making a change thanks to finding God, to guide his new positive life direction. Contrasting to the song before where he criticises a woman because he doesn’t like her hair, on “Better Days” Nov says ‘I greet my ebony sisters, lookin’ lovely / The gang is what I love to see, Novelist I come in peace’.

The instrumental, “The End – Don’t Lose Faith Riddim” closes the album, using the same beat from the first song, “Start”, the tone feels completely different. Re-using the beat makes Novelist Guy a cyclical project, the opener is moody, but as an instrumental closer “The End” feels triumphant, this is Novelist’s victory theme as he rides off.

Novelist Guy is brilliant, a testament to the talent of a 21-year-old from Lewisham. He avoids the hackneyed tropes of encouraging violence or misogyny, his viewpoint is extremely refreshing. The personality of Novelist carries this project and makes it a compelling listen, one of the best albums of 2018. 9/10

Quick intro on #Novelist and his brilliant debut album, the 21-year-old has a bright future ahead of him. Producing and rapping the whole thing solo. Full video on me YouTube channel . . . #novelistguy #grime #neogrime #ukrap #ukhiphop #musicreview #hiphopreview #rapreview #grimereview #ILikeThisAlbum