This is Rebecca Ferguson; you may remember her from such songs as “Nothing’s Real But Love” and finishing second during X Factor 2010. Previously, we wrote a gushing review of her debut album, Heaven, where I described her as the only credible musician to get their break from the series. 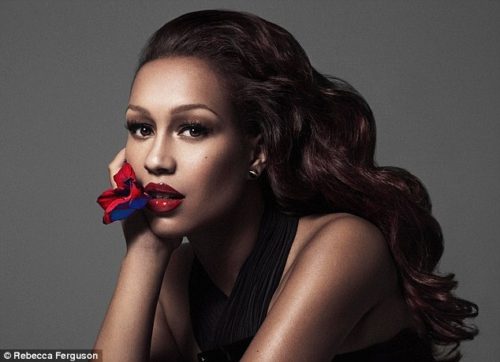 As a result of watching the majority of X Factor 2010, I developed an affection towards her and have followed her career with declining interest as she struggled to follow up her impressive start. Heaven was released in 2011 on Simon Cowell’s Syco Music, with the support of several heavyweight producers and co-writers which created memorable singles like “Glitter and Gold” and “Backtrack”. With the backing of Syco, there was a six month period during 2011 when Rebecca Ferguson became a borderline-household name and her album sold enough to go 2x Platinum in Britain. Then came the dreaded sophomore slump.

Ferguson released her second album, Freedom in 2013, the album was a clear move away from the more commercial sounding R&B of the first record to a more ballad-driven approach. Like her first album, Ferguson co-wrote all the tracks and worked with several big name producers and co-writers. Freedom did not match the sales or quality of Heaven and only managed to go Gold, due to the shortage of overt radio-friendly singles. There was also less attention paid to the promotion of the album, with Ferguson seemingly relegated to the daytime talkshow circuit. This speaks volumes about her fanbase and makes me despair at my inclusion in her demographic.

Freedom was a good album, but wasn’t exactly streets ahead. It was important for Rebecca Ferguson’s career because it established her as a legitimate artist and separated her from the many musicians who followed the post-X Factor template of manufactured pop. She had the integrity to use the X Factor exposure to pursuit a career on her terms and write music based on her life experiences. Which brings us nicely to her recently released third studio album, Lady Sings the Blues, a cover album. In true X Factor tradition, we are presented with seventeen reinterpretations of classic songs, all from the Billie Holiday back-catalogue. 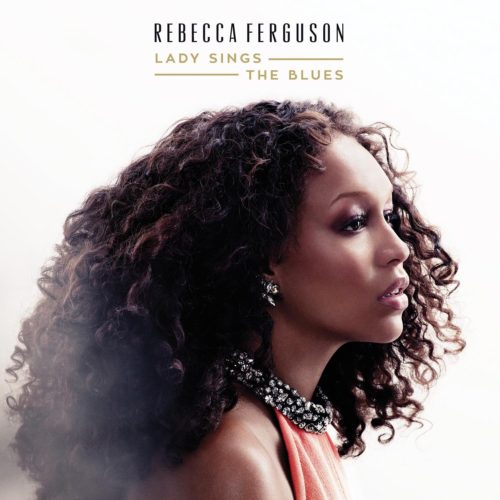 This road of integrity and serious music about heartbreak has not yielded a great deal of chart success for Ferguson; with Lady Sings the Blues receiving little attention. It took six days after the album’s release for a Wikipedia page to be made, and it is a stub at best. Lady Sings the Blues debuted at #7 on the Official Charts, the following week it had tumbled down to #18, the following week it was at #28. Such poor sales can be expected from an album which has yet to produce any charting singles and appeals to niche audience. Even more niche than her last full-length LP.

Quick aside, after I had written the above paragraph, I decided it was a good time to go to the living room, eat and watch Pointless. Alone.

Two contestants got down to the final question, they had already won the Coveted Pointless Trophy, and their task was simple. All they needed to do to take home the jackpot of £2,000 was to name a losing X Factor finalist, that none of their one hundred people could think of.

There she is, Rebecca Ferguson; a woman with a Platinum selling album had become reduced a pointless answer, the shame of it.

This latest Rebecca Ferguson album is a marked departure from her previous efforts, which were more in the style of R&B or maybe soul. Instead, Lady Sings the Blues is a reinterpretation of classic songs from Billie Holiday, the majority of which featured on Holiday’s 1956 album of the same name. 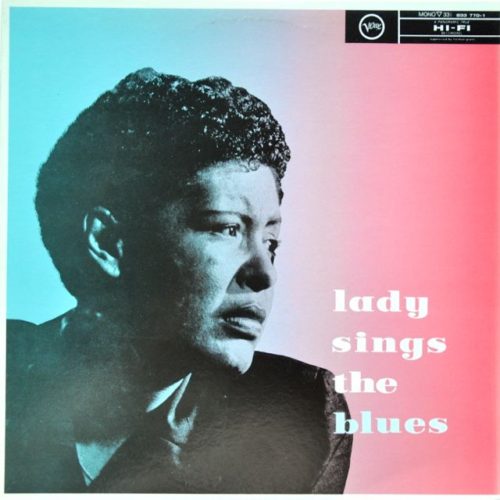 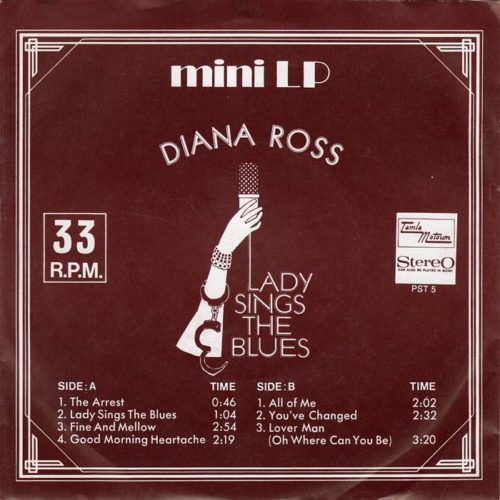 So that’s a film, a book and three albums with the same name, and of course the title track. I’m not going to pretend I’ve done an extraordinary amount of research for this post and immersed myself in the world of Lady Sings the Blues and read all the books and shit.

This Rebecca Ferguson album only features two songs from the original album too, instead it is mostly a collection of covers of Billie Holiday’s most famous songs, like ‘Summertime’ and ‘Embraceable You’.

What separates the Rebecca Ferguson album from the Diana Ross project is the approach to the singing. Diana Ross sang in character for her soundtrack album, consequently, the instrumentation and vocals are created with the express intention of replicated the original versions of the tracks. Her version is striking because Diana Ross captures the essence of Billie Holiday’s voice but manages to retain her personality and style.

However, there are far too many excerpts from the film and I feel like I’m listening to the film in the background. You might as well watch the film instead of listening to a few snippets of the films songs and the rest of the time listening to dialogue from it.

However, Ferguson’s Lady Sings the Blues attempts to modernise the tracks, with a live band and updated instrumentation. These instrumentals are nothing to write home about, often they feel rigid and stale, almost as though Ferguson recorded her vocals and the producers just added some trumpets and pianos to complete the song. When compared the original recordings the difference is clear, they lack the experimentation and imagination that made the original recordings so interesting. This album’s focus is Rebecca Ferguson and her voice and the background is just there to support her and does nothing worth note. Everything feels very well-produced and slick, which means that a lot of the soul and feeling has been lost.

Having said that, the soft instrumental backing complements Rebecca Ferguson’s style very nicely. Like Billie Holiday, Rebecca Ferguson’s life has been filled with turbulent relationships with men, even One Direction’s very own Zayn Malik. 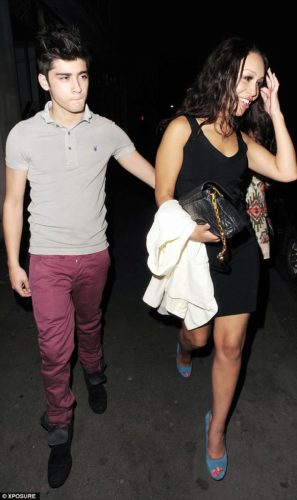 Ferguson’s catalogue is filled with songs about bad relationships, most notably on Freedom, which featured two songs with freedom in the title. ‘My Freedom’ talks about a controlling relationship, with Ferguson singing, “Does it make you feel like you’re really someone? / You can’t take my freedom, freedom, freedom out of my life”, coming a few tracks after ‘Fake Smile’, where Ferguson sings about “put on your fake smile and wipe away your real tears”. Her catalogue is full this material, which made her well-suited to record her own versions of depressing Billie Holiday songs like ‘What is This Thing Called Love’.

One of the highlights of Lady Sings the Blues is the closing track ‘My Man’, an upbeat take on the record that details her love for her man despite his negative personality traits. With the chorus saying how she’ll stick by him even if he cheats on her and hits her, and even if she leaves she knows she will be coming back.

The cover makes the instrumental jazzy and upbeat, with Ferguson defiantly singing about their love, and omitting some of the more troubling lyrics like “and then my eyes get wet / ‘til he gets hot and tells me not to talk such rubbish”. The Holiday version is more of a sad ballad where I feel sympathetic towards her. Both versions are emotive and this is due to the strong vocals and emotional in the lyrics and delivery.

This new version of Lady Sings the Blues also omits the original’s most famous song ‘Strange Fruit’ due to her reluctance to try to recreate a song which was born from such virulent racism. 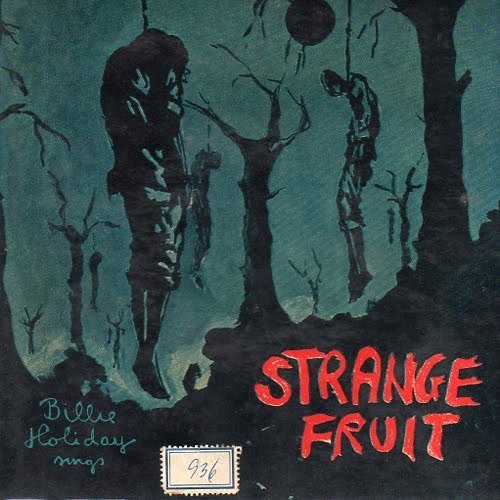 It is interesting that Rebecca Ferguson chose to make her third studio album a cover album, after she had made such a major attempt to distance herself from this X Factor phenomenon. This decision to reinterpret the work of such a legendary singer was a risk, that paid off for the most part. Ferguson’s voice is certainly good enough to give the songs here an emotional edge, most importantly this doesn’t feel like a cover album. Instead it feels like an album of orchestral-backed songs which have been slightly updated for 2015.

Everything about this album feels very clean and well-produced, which takes away a lot of the feeling of the original recordings. The band is just happy to provide the background for Rebecca Ferguson’s voice and there is nothing new added to the songs. Any good singer could create a project similar to this one.

Sing the lyrics, put some pianos and horns on the instrumental, job’s a good’un. Ferguson can be happy that she has done justice to the songs of one of music’s most tragic figures but there is not thing on offer here which can really justify repeated plays. So, to conclude, Lady Sings the Blues is a decent album, probably about as good as her last one 6 out of 10.