Looks like Kanye West is still a genius. He noted the skyrocketing length of recent Hip-Hop albums and boldly announced that his GOOD Music label’s five forthcoming albums would each consist of seven songs. While unlikely to end the rise of stream trolling, this is an audacious new artistic direction.

2018 saw new heights of bloated Hip-Hop releases – just ask anyone who sat through the struggle bar triple album known as Rae Sremmurd’s SR3MM. Once the RIAA began contributing streaming numbers towards album sales, artists have unashamedly chased streams by stuffing the tracklists of albums. In contrast, GOOD Music’s past three projects were shorter than an episode of Seinfeld.

‘Well, when it was brought to me, about seven, I was totally against it. I was like, “No, man, I got a whole full album right here. What are you talking about?”’

After noting the overwhelming praise for Push’s Daytona album, he said:

‘I was very wrong about the seven not being enough… I also like the fact that I feel like the trend in rap is like put a whole bunch of songs on your album, and get your streaming numbers up’.

Along with providing the seven song idea, West has acted as executive producer on each GOOD Music project and provided the majority of the beats. Despite questions raised during Kanye’s latest public meltdown, he’s launched another career resurgence. 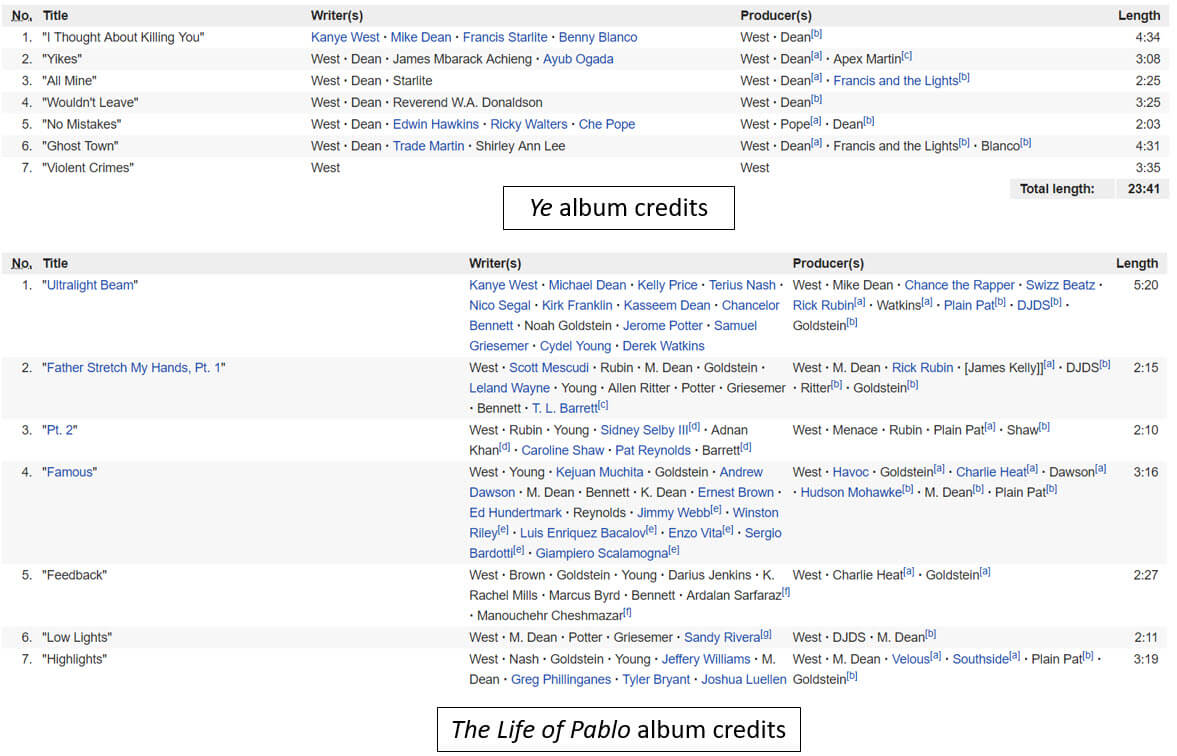 In the past three weeks GOOD Music have released a strong trilogy of albums, with two more planned for the next fortnight. Pusha-T’s Daytona came first and provoked the gripping Drake beef; Kanye’s stream of consciousness Ye followed the next week to similarly positive reviews.

On Friday, the Kanye West and Kid Cudi supergroup we’ve demanded since 2008 set the blogsphere ablaze with the psychedelic Kids See Ghosts. Next up is the mouth-watering prospect of a Nas album entirely produced by Kanye, followed by the sophomore album from Teyana Taylor.

These GOOD Summer releases are a reaction to the rampant stream trolling. The practice follows a simple mantra: more streams means more money. 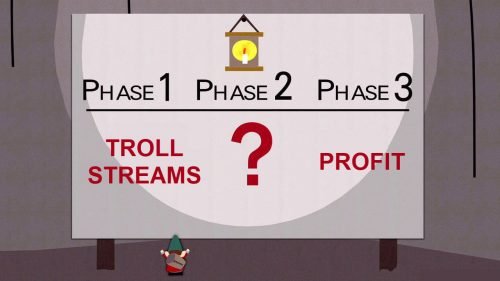 The RIAA’s system rewards 150 streams as equal to one paid song download. Ten paid song downloads counts as an album download; so 1,500 song streams counts towards an album sale. Simply, more songs means more sales. Therefore on a 24-track album like Migos Culture II, the group only need 1,500 people to play “Stir Fry” to register an album sale. An artist only needs one or two hits from an album to begin ‘racking up the album-equivalent units’.

Musicians are financially incentivised to increase their tracklists for streaming revenue, instead of trimming the filler. Fans are used to New Music Fridays and curiosity streams are virtually guaranteed for established artists. Consider Chris Brown’s 57 track monstrosity Heartbreak on a Full Moon – at 3 hours and 18 minutes long it is just two minutes shy of Lord of the Rings: Return of the King. Unsurprisingly it went Platinum: let it sink in that a Chris Brown album went Platinum in 2018. Stream trolling at its finest.

Every song off Chris Brown’s “Heartbreak on a Full Moon” album has been certified either gold or platinum pic.twitter.com/1looaVsd8E

Heartbreak on a Full Moon didn’t produce a single which cracked the top 40, yet moved over one million album-equivalent units.

Unbound by the technological constraints of vinyl or CD, this is the first time musicians have unlimited capacity for their work. Culture II was a 1 hour 45 odyssey through Atlanta’s strip clubs that few have been bold enough to experience in its entirety more than once. Ignoring the formula that made Culture such a taut, satisfying listen, Culture II was a glorified mixtape.

Kanye West’s seven song vision won’t be able to supplant such a lucrative idea in the wider music industry. But the albums we’ve heard from the GOOD Summer so far gloriously showcase the idea’s artistic merit.

As always Kanye West has sparked debate – at least this time people are discussing the music and the importance of album length. West is a master of self-promotion; even if you’ve cancelled his music you’re supporting his label and beats.

Artists don’t always follow the vogue, therefore we are likely to see Rap albums grow rather than shrink. Rappers are keen to maximise their content output; 50 Cent and Lil Wayne proved in the 2000s that flooding the internet translates to mainstream success. Nelly’s career, on the other hand, never recovered from his four year hiatus in 2004. Rappers can’t afford to stand still. The trend of massive albums will probably continue unabated.

Stream trolling is the future of Rap albums and we should brace ourselves for more of these projects. With each Platinum plaque awarded to overlong albums, the more prevalent the practice will become as other established artists shamelessly punt for streaming money.

1. The albums in question are Heartbreak on a Full Moon, and Culture II. SR3MM hasn’t been out long enough, but I have no doubt it’ll go Platinum too.