Golovkin in the cut, that’s a scary sight

Gennady Gennadyevich Golovkin [36-0, 33 KOs] is a monster that has been rampaging his way through the Middleweight boxing division for the past 10 years. On Saturday night he dismantled Kell Brook [36-0, 25 KOs] in five rounds in a thrilling and surprisingly competitive slugfest, to retain the WBA, WBC, IBF, and IBO titles. 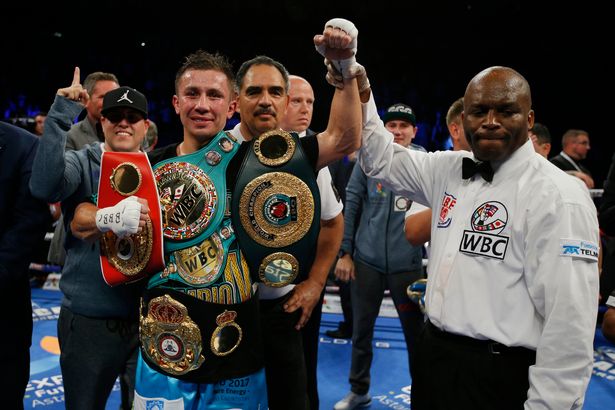 Brook showed balls by taking the fight in the first place; especially because he moved up two weight divisions to face Golovkin. The Kazakh has the Middleweight division running scared.

People are scared of Golovkin because he is a historically hard hitter. Of his 36 victories, 33 have come by stoppage; he currently on a streak of 23 consecutive knockout wins. Golovkin currently boasts a terrifying 92% knockout ratio, and has left a trail of bruised victims and egos around the division.

This isn’t new. By all accounts Golovkin’s amateur career was similarly staggering. His record was 345-5, where he never hit the canvas. The number of fights suggests he was averaging at least one fight per week during this time.

Kell Brook was aggressive against Golovkin, he gave everything in a spirited performance. He went toe-to-toe for five rounds before his corner threw the towel in. Brook was upset, he felt that he could continue. It wasn’t until after the fight that we learned Golovkin had broken Brook’s eye socket.

Brook’s attacking style appeared to have Golovkin in trouble; but he lacked the power to cause significant damage. Even if his corner had not stopped the fight, Brook was always going to lose. David Lemieux [35-3, 32 KOs] has a lot more power than Brook and he wasn’t able to knock Triple G down. 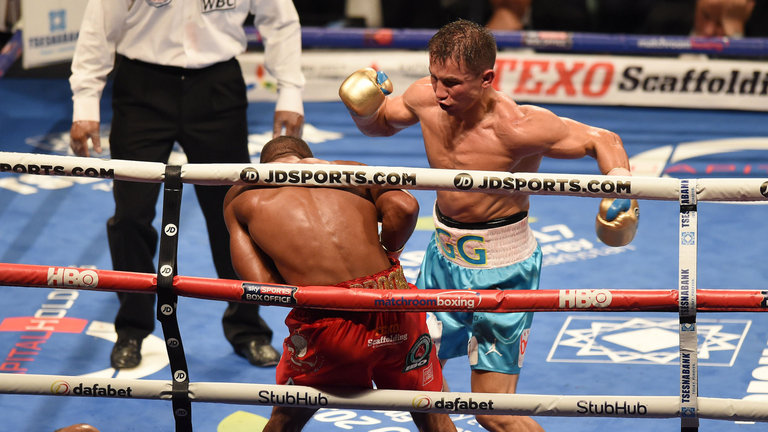 Kell Brook suffered his first professional defeat, but there is no shame in losing to one of the all-time great middleweight fighters. After that spirited performance Brook appears on the cusp of landing himself another big fight. The most obvious opponent is Amir Khan [31-4, 19 KOs] who lost his last fight to Canelo.

Khan has no respect for Brook, but I doubt Khan can win. He knows this and has been doing all he can to avoid fighting Kell Brook. Brook holds the World IBF Welterweight title, Khan needs a title, so the fight makes sense.

Golovkin has added to his fearsome record. By fighting in the United Kingdom for the first time, he has increased his international notoriety.

More importantly, he made a second visit to the home of beautiful football, West Ham United. A perfect marriage, the best pound for pound fighter in the world at the best football club in the world. 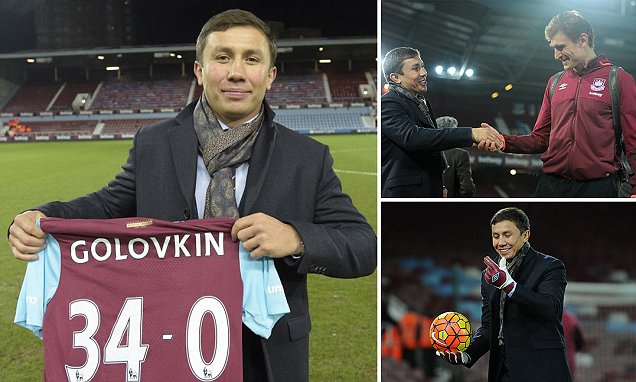 It will be interesting to see who faces Golovkin next. Most boxing fans want to see him face Canelo. It would be a massive fight, featuring two of the three best boxers around. Canelo has more to lose than Brook; I would expect this to be a cagey affair.

Golovkin fights aggressively, regardless of opponent. Brook’s attacking tactics may inspire another middleweight to try a similar approach.

A middleweight could handle Golovkin’s power better than Brook, if so. We could see the Kazakh hit the canvas for the first time.