Superorganism are building a significant buzz online thanks to their unique sound and origin story. The band’s claustrophobic music sounds like it was crafted by an army of stoners; having seen the band perform live I can confirm this perception as mostly true, their album is a cacophony of weird sound effects and Anthony Robbin samples. This is an introduction to a band I initially thought were called Superorgasm.

Let’s begin by quickly rehashing the band’s origin story: seven of the 8 members live together in East London. Three, possibly four of these members are backup dancers, the fourth lives in Japan so it’s hard to see how they can contribute to the group long-term. There’s a degree of dead weight, but the heart of the group is Orono Noguchi, whose languid, bratty vocals define the group’s chilled vibe.

The international band boasts members from Japan, Australia and Lancashire who come together under the Superorganism flag. Their ages range from seventeen to thirty-two; forming after Noguchi badgered members of The Eversons to form a band, which the 17-year-old now fronts. 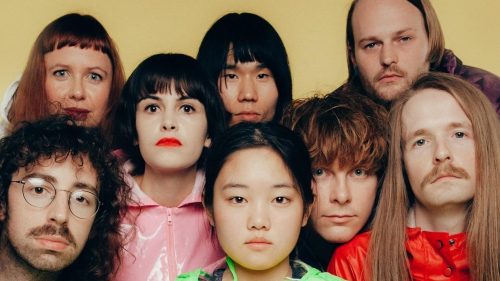 Their debut single, “Something For Your M.I.N.D.”  was released January 2017, it took the blogosphere by storm, enhanced by a shout-out from Frank Ocean. Over a year later we have the band’s eponymous debut album, Superorganism. Long-term followers of the group will be dismayed to learn that the 10-track project only contains 5 new songs. 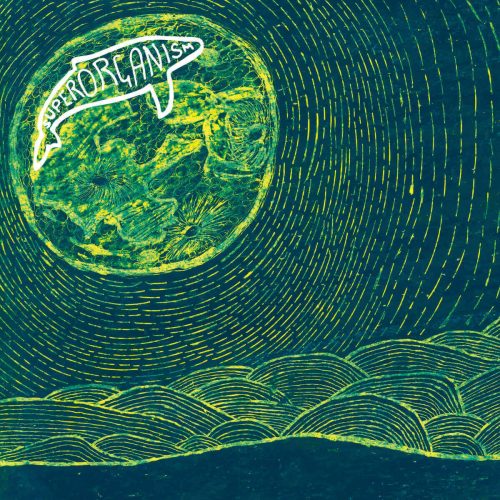 The 33-minute album is still taut but it’s disappointing to have so few new tracks. This is a classic record label tactic for up-and-comers, remember when Fetty Wap was creating his buzz? His label capitalised by rushing a self-titled album containing the big singles and little else of interest. Superorganism follows this model, knowing people liked the singles it should guarantee at least 6/10 from most people.

While filling an album with existing singles is a good marketing technique, Superorganism’s pacing is poor. The opening 4 songs were previously released, it’s jarring to hear the original tracks after this point. Newcomers won’t experience this, but it feels lazy and reduces enjoyment of the album on a personal level. A year on and the band only has 10 songs.

It’s just a rip off when you buy an album with all the previous singles on, especially when some of those songs were first recorded two years ago and it ends up sounding worse than the original. – Esme Dee Hand-Halford, The Orielles

Superorganism’s sound is sometimes described as Indie Pop, but Psychedelic Pop feels apter. It wasn’t obvious to me until I saw the band play live quite how significant the three main musicians: Harry, Emily and Tuncan are to the sound.

Superorganism LIVE – our Album of the Month https://t.co/v46SNJbSET

They kept the groove going, listening to the album it can be understated how important the rhythm section is to the band’s watery, ethereal sound. They seem like the brains and slide happily into the background, Orono’s style and presence gives Superorganism their public face.

Through the loose production methods we hear a variety of genres and sound effects in the tracks. The members shape the songs in their rooms of the house and pass the files around online. Nowadays all bands rely on the internet, but Superorganism are a special case. As such there’s an abundance of styles on the album, with elements of Trip Hop, and Synthpop and more than a splash of psychedelic shit.

For example, on the “Prawn Song” Orono sings about abandoning the world and going to live at the bottom of the ocean with the delicious crustaceans. She asks an important question, whether we should aspire to emulate their simplistic invertebrate lives. I love Prawns too, especially with a bit of mayonnaise.

It’s strange to think that Superorganism are one of the coolest bands, seeing them together the age difference is stark, the older crew with the youngsters. It doesn’t seem like it can last long-term as money can come between a large disparate group of people. It’s like Ashton Kutcher’s marriage to Demi Moore, the age difference meant it was never meant to be.

Superorganism are realising their great potential, the debut album has many great moments if it’s a little disappointing in terms of pacing. It is a great introduction to the band debuted at #25 on the UK Album Chart. Not too high for them to be seen as mainstream but trendy enough for the Hipsters to have an ‘I was there first’ moment with their friends, ideal for the band’s kudos.