Samuel Frederick Smith plans to release his debut studio album, In The Lonely Hour next Monday, and I am expecting him to absolutely tear up the charts.


A lot has happened to young Sam since he first appeared on the music scene, way back in 2012, when he was featured on Disclosure’s Latch.

Latch was easily the best song from Disclosure’s debut album, Settle. A classic example of a record that was beloved by music critics, but less so by the public. We got some interesting singles from it, but the whole thing was pretty forgettable.

The next we heard from the Samster was on Naughty Boy’s “La La La”. I reckon I would have enjoyed that song more, had I been the sort of person who enjoyed repetitive choruses and generic beats, so, yeah, I thought it was shit. To date that is Sam Smith’s highest charting single and entered the UK Top 40 at #1, so it must’ve done something right.

It was around this time, everyone figured out the first step in his master plan for breaking into the music industry. If he could feature on some successful singles; he would be able to build his reputation enough to deceive the public into thinking he would make an album full of similarly upbeat songs. They would be utterly shocked to find out that Sam Smith is not an upbeat artist, he’s not even an upbeat person. Everything I read about him makes me feel sad. It was plan Machiavellian proportions, and it worked.

His first solo single, Money on My Mind only furthered this misconception. I must confess now, I am not a fan of this song. I can’t buy into the premise of a man making a radio-friendly single about how much integrity he has in the music industry; in order to promote an album, which according to him, has an overarching theme of sadness. To recap:

I haven’t even mentioned that young Sam appears to be having great success over in States. He’s completed a national tour over there and he was even allowed to perform two songs Saturday Night Live. The very next morning I saw this on a hip-hop forum:

Sam Smith has been signed to Capitol Records since 2012. They have done an excellent job of building the anticipation for In The Lonely Hour, on both sides of the Atlantic. The exposure from SNL alone would have been great for an established artist.

It is easy to overlook the fact that Sam Smith hasn’t even released an album yet; so for him to appear on such a programme is a huge coup, and gives an idea of the powerful forces at work to ensure first album is successful. It is for this reason that I have two predictions for Sam Smith in 2014: 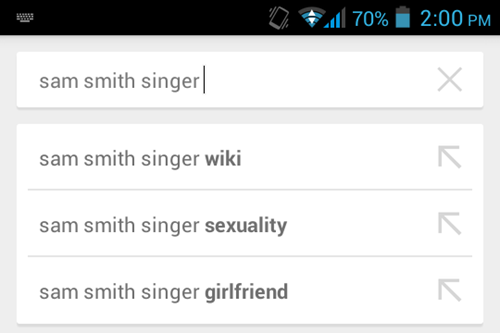 I fear I might have given the impression that I am not fond of Mr. Smith, this isn’t entirely true. I would describe myself as ‘somewhat enthused’, about his album. I listened to an EP he released late last year called Nirvana. It was enjoyable.

The highlight was the opening track Safe With Me, a gospel influenced ballad which wonderfully showcases his vocals. I personally think he has a great voice, he also writes many of his songs, so he is clearly talented. However, I am still reserving my expectations for the album.

Some of you reading might be surprised to notice that I seem to have actually done some mild research in the process of writing this post. Music articles have been consulted, I have familiarised myself with his music, I even read the entirety of his Wikipedia page. I do it all so I can present you with a new feature I like to call…..

I – If you type the words ‘Sam Smith’ into the Wikipedia search, you get about fifteen other guys named Sam Smith. In fact if I even type those words into my iTunes searchbar I get all sorts of other people too. I’m sure it’s nice using your real name as a stage name, but if your name is as generic as Sam Smith, then you’re unlikely to stand out in a search engine.

II – Sam Smith is the third cousin of Lily Allen. Here’s a handy chart explaining what this actually means. 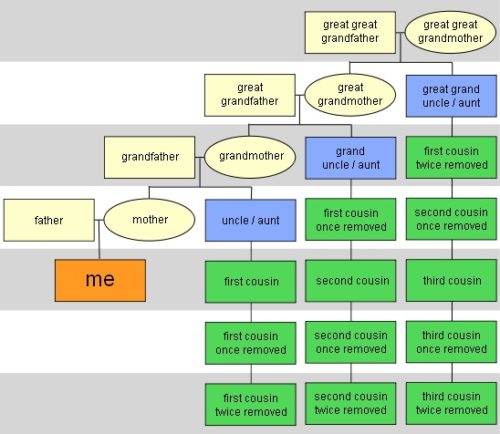 III – Back in aught 9, his mother was sacked from her job because she was spending too much time managing his music career. She sued the company and won. I fear she might sue me if she ever reads this and sees my slanderous allegations about her son’s sexuality. Lucky for me not many people read this blog.